Graz, Austria. A city that most people would choose the capital of Austria, Vienna over. But here on Artistical Greatness, we travel to the smaller cities most people won’t visit as well as the big ones. Travel is all about the experience, and even the smallest of cities may offer a better experience than the bigger ones.

Graz is the capital of Styria, a province in Austria. It’s also the second largest city in Austria. When you look at it from that perspective, you’d think its a huge city, but it isn’t. With a population of 300 thousand people, it’s considerably smaller in comparison to Vienna with a population of 1.8 million people. Sixty thousand of the Graz population is made up of students, as Graz is home to six universities. This makes the atmosphere in Graz a lot more youthful than most European cities. The Old Town which is what you’re probably going to be on the look for which is easily explored by foot and is reachable with a 20 min walk from the central train station.

Unlike Ljubljana which doesn’t come with the hustle and bustle of traffic and city noise being quiet with the heart of the city completely traffic-free and designed for pedestrians. That can’t be said about Graz. It’s not London or New York City busy, but there are tram lines everywhere, and they can be a bit disruptive if you’re not used to being in a city where you have them. Some streets in Graz are very narrow with trams coming through the middle of them, making it a bit awkward as a pedestrian. 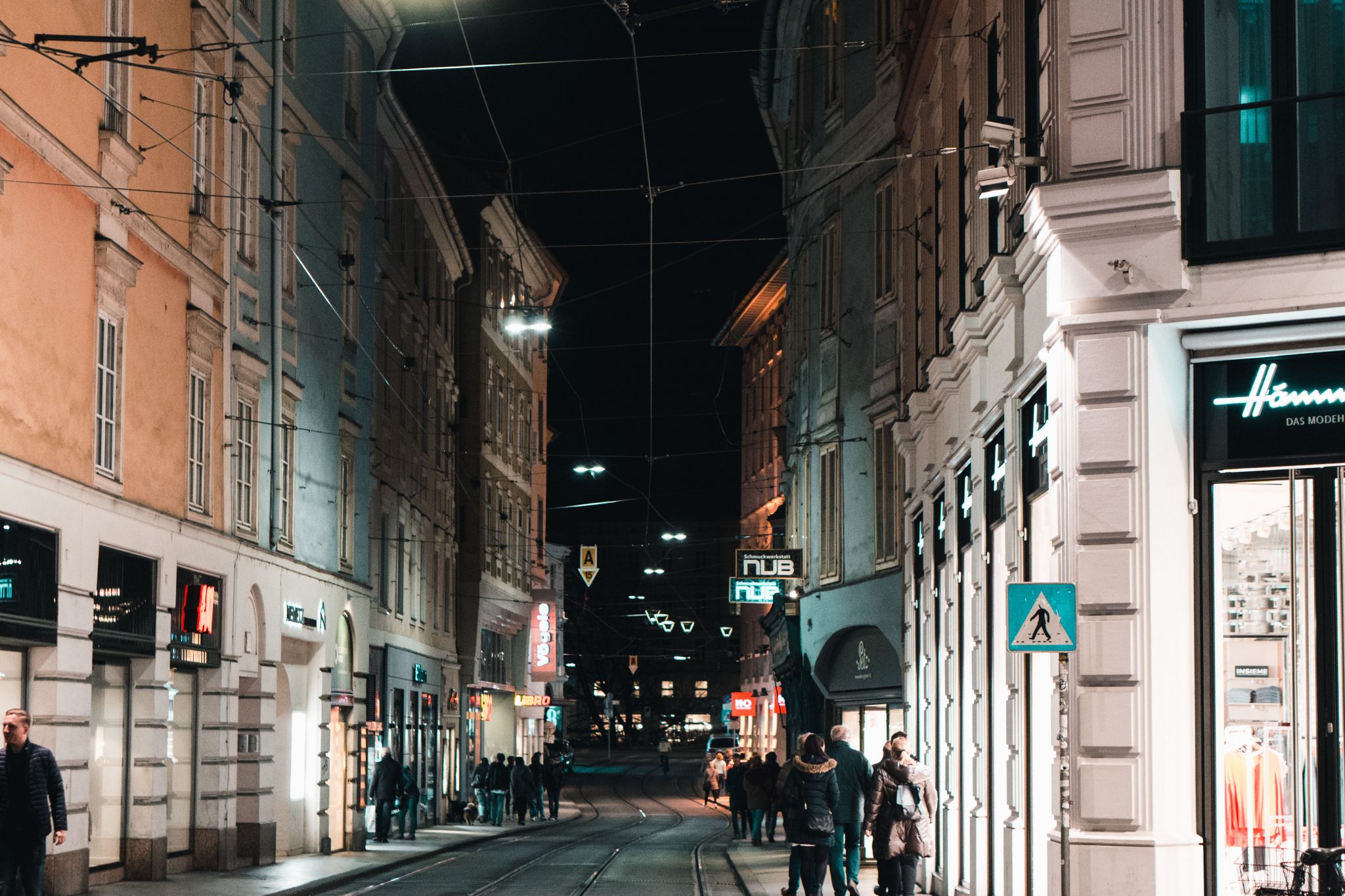 Graz is one of the best-preserved historical areas in Europe with Italian Renaissance buildings. It is filled with gorgeous architecture and exciting new attractions. A great place to start your visit to Graz is at its heart, the central square of Hauptplatz which is surrounded by colorful pastel buildings. The central fountain is a convenient meeting point for locals, and there are always a few bratwursts and other food stalls to choose from At its heart is Hauptplatz, the medieval old town’s main square. 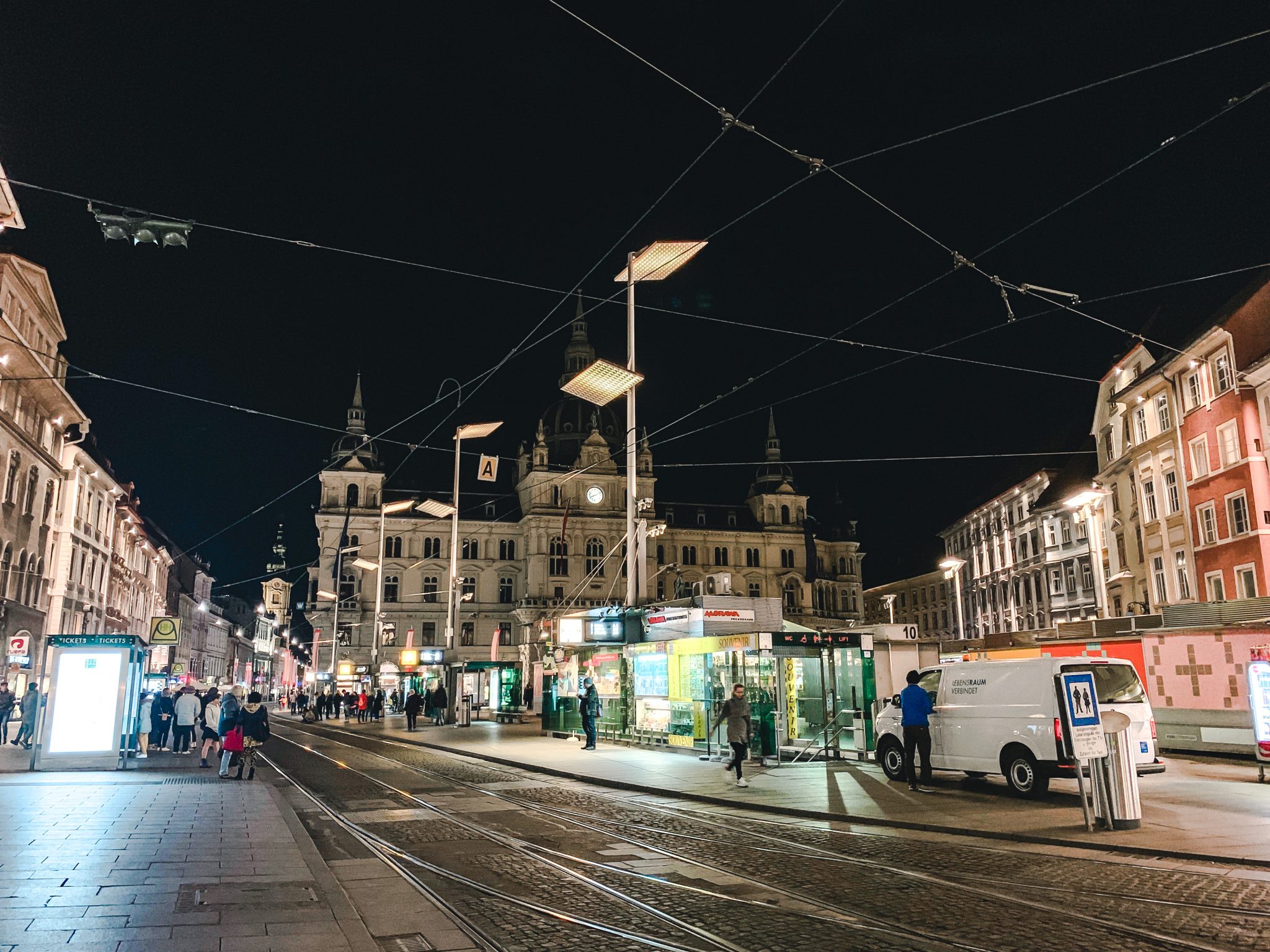 In Hauptplatz, you’ll discover the Rathaus, an old town corridor that was built in the nineteenth century. It replaced an older version when the town dealers felt they required something impressive and you’ll often see a wedding party in gathering for their ceremony inside. 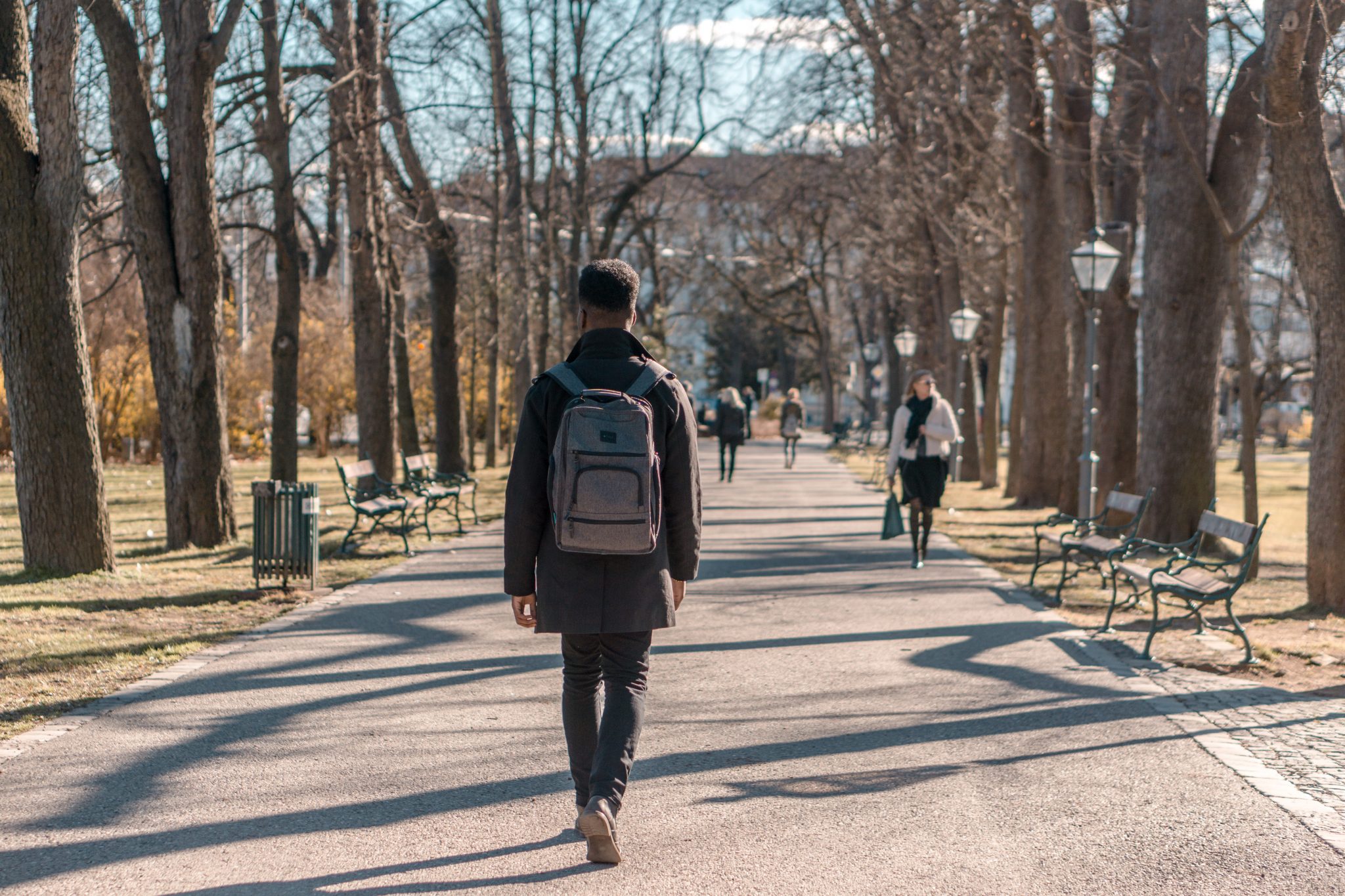 Behind the ruins of old palace builds you’ll pass through to the Stadtpark. A Chill greenery which was a piece of the castle grounds. It’s a perfect place for a picnic or just to enjoy nice sunny weather. There’s also sometimes a funfair that’s popular with families.

The Cathedral of Graz 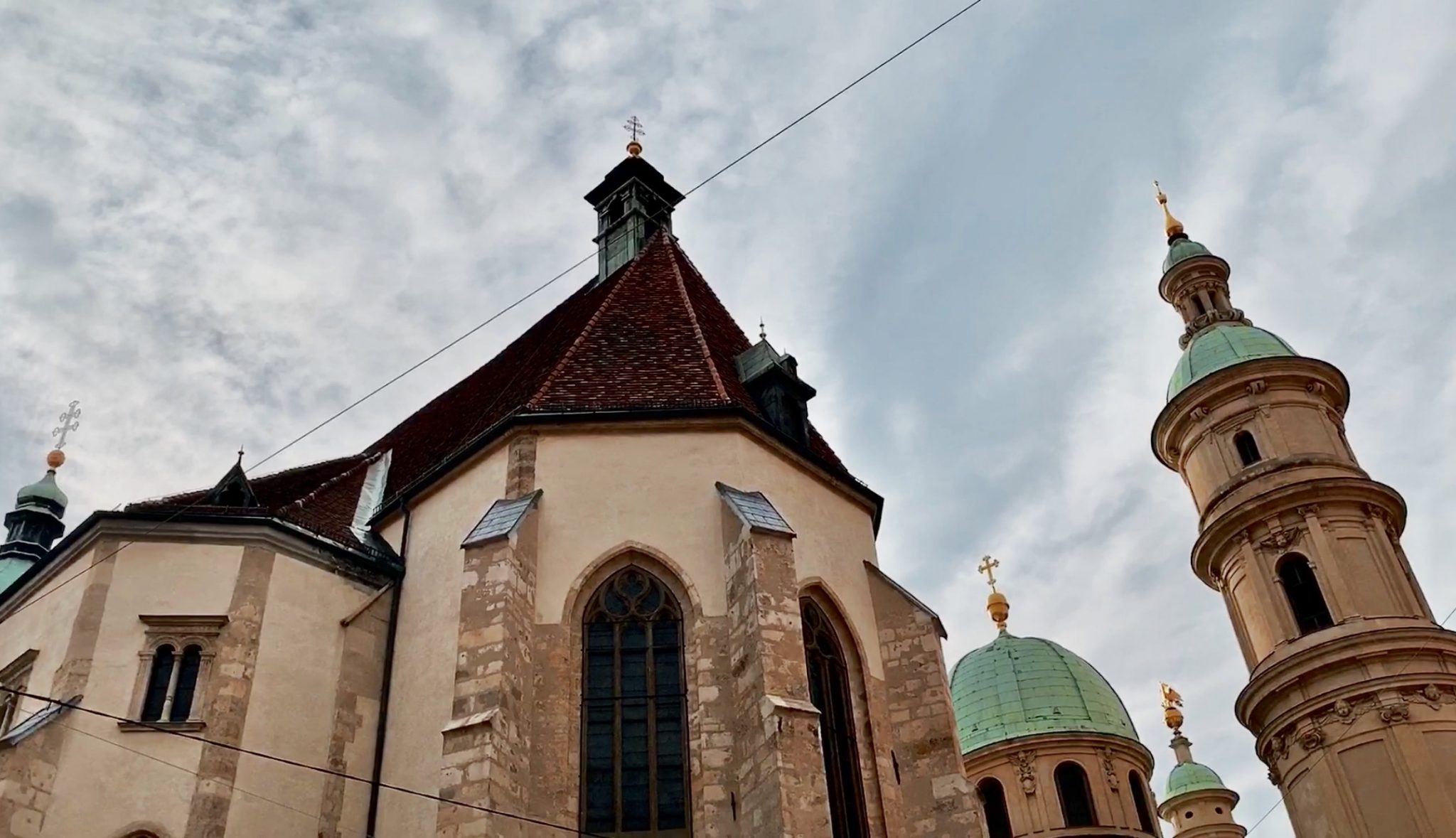 The Cathedral of Graz is an ornately decorated baroque cathedral with plenty of gold decoration from the 17th and 18th centuries. At the time of Emperor Frederick III, there was a bridge that crossed the street from his palace to the cathedral, allowing him to conveniently attend mass without going outside.

Murinsel in Graz – the Island in the Mur 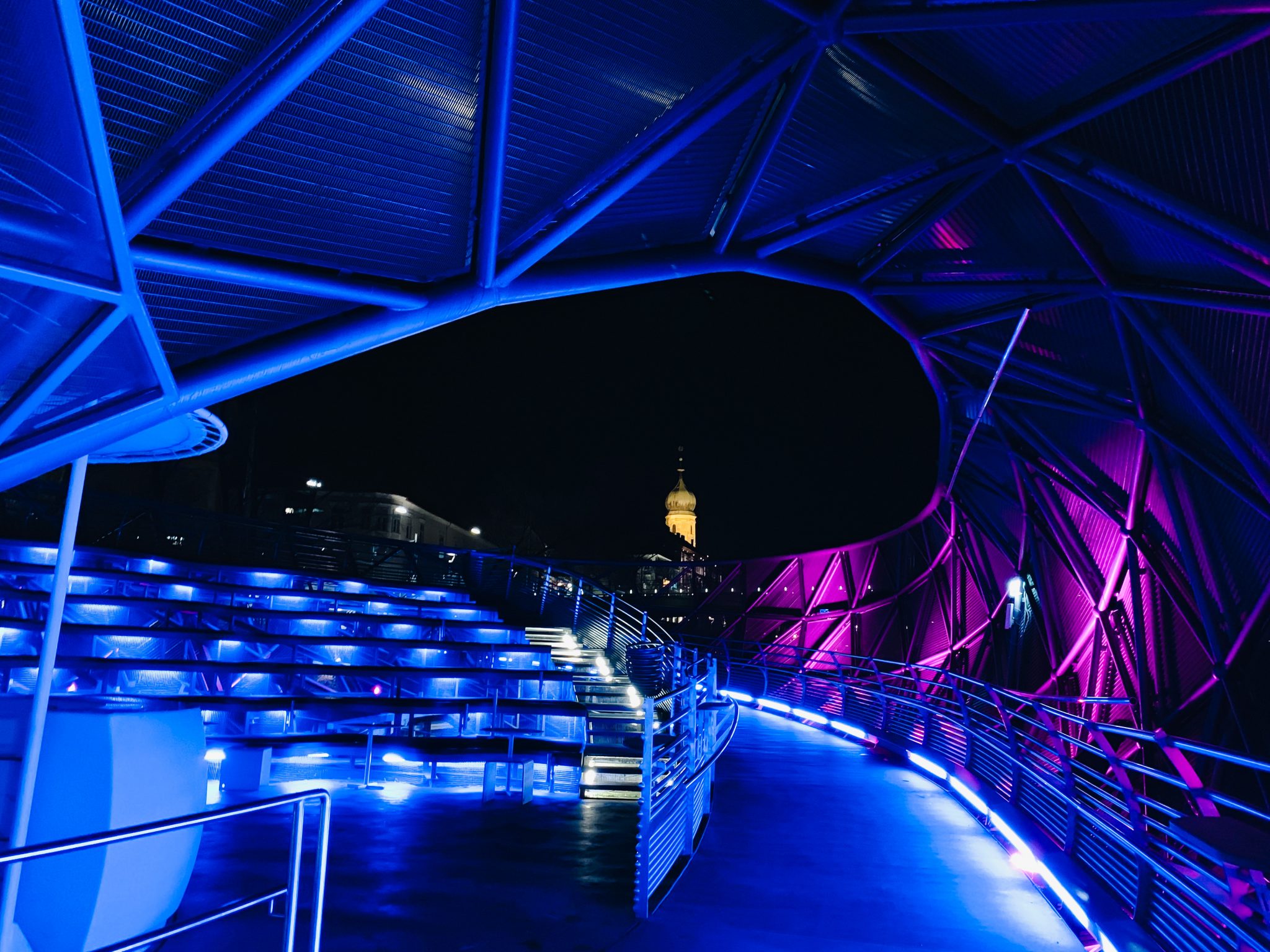 The Murinsel is a sinuous glass island on the river Mur. You can walk or cycle through the Murinsel which links the city and the river. It is a community space, where events take place and also has a cafe. 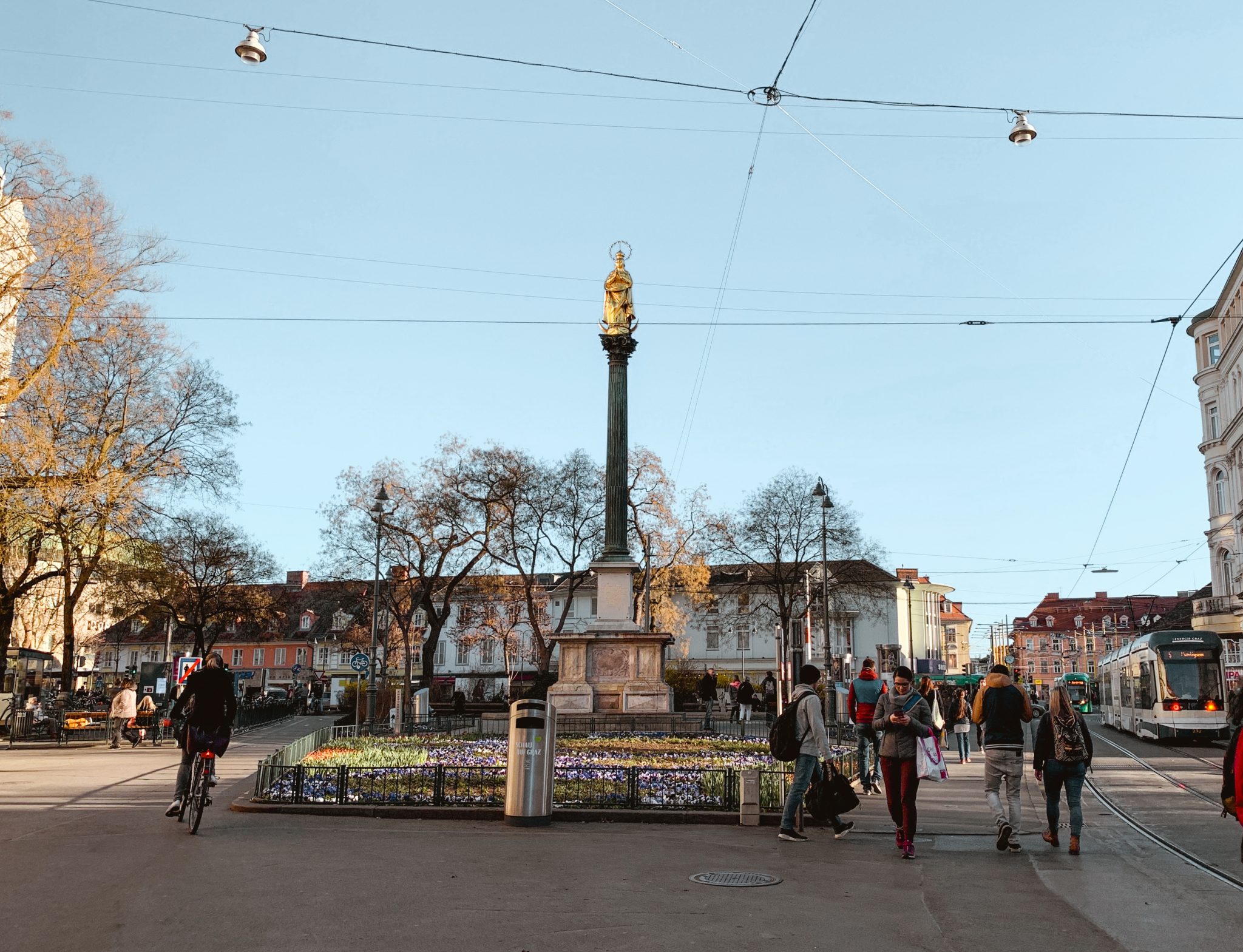 Shops and restaurants line the narrow surrounding streets, which blend Renaissance and baroque architecture. Graz is a very relaxed city overall with a series of red rooftops and a river flowing through its center. It’s isn’t all just ancient buildings and history in Graz. There’s youthful energy there too with a handful of modern buildings, a vibrant arts scene, food, and upbeat nightlife.

Who is Graz For? 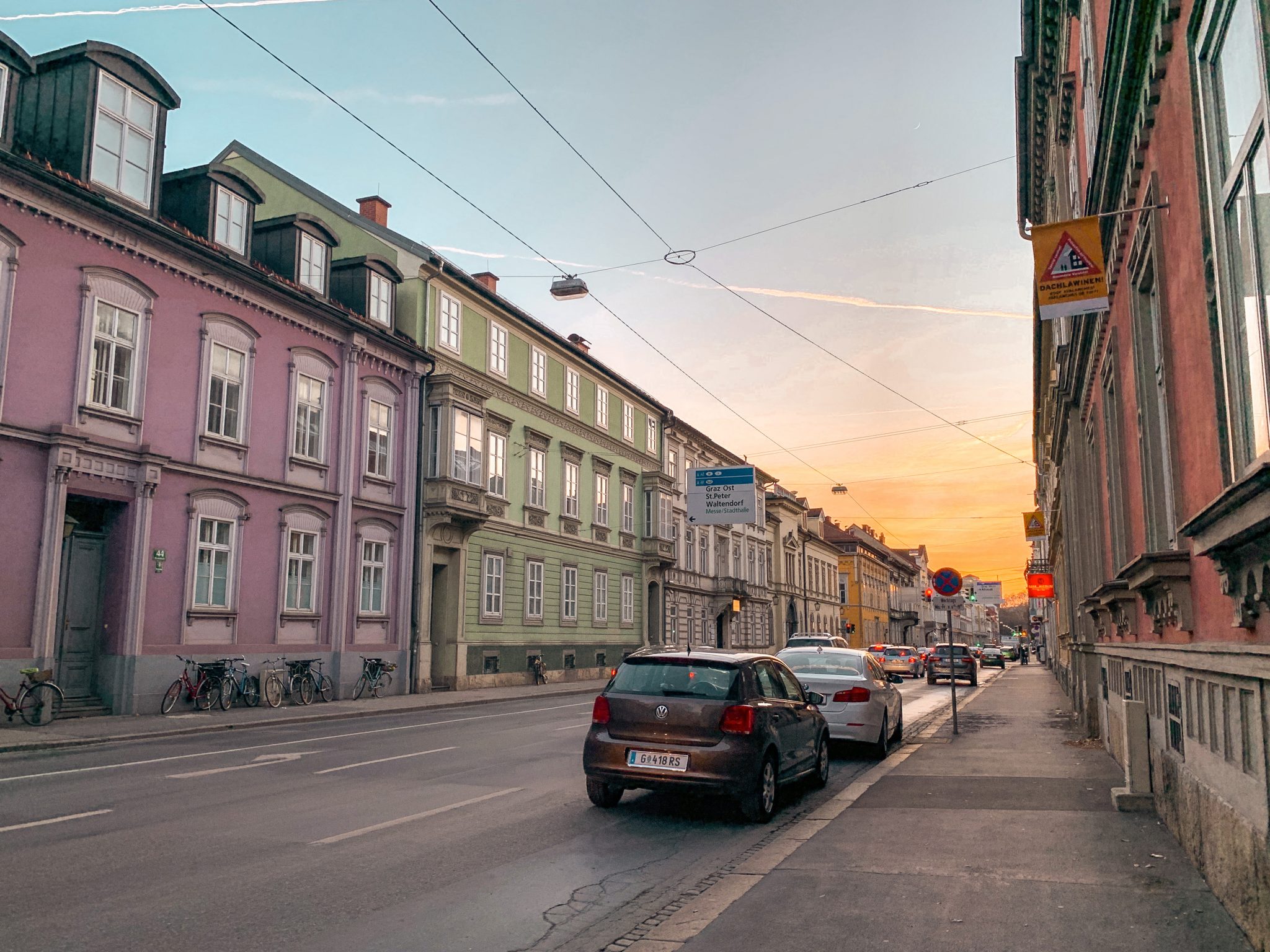 Graz is for those who love classical architecture and are fond of history. It’s one of the more relaxed cities we’ve been to. It’s a great place to go with your partner or family. And if you’re someone who loves shopping and food there’s a lot of that there for you in Graz. Getting there from Ireland is just a flight to Vienna and a 2-hour Flixbus ride from the Airport.

Is Graz Worth it? 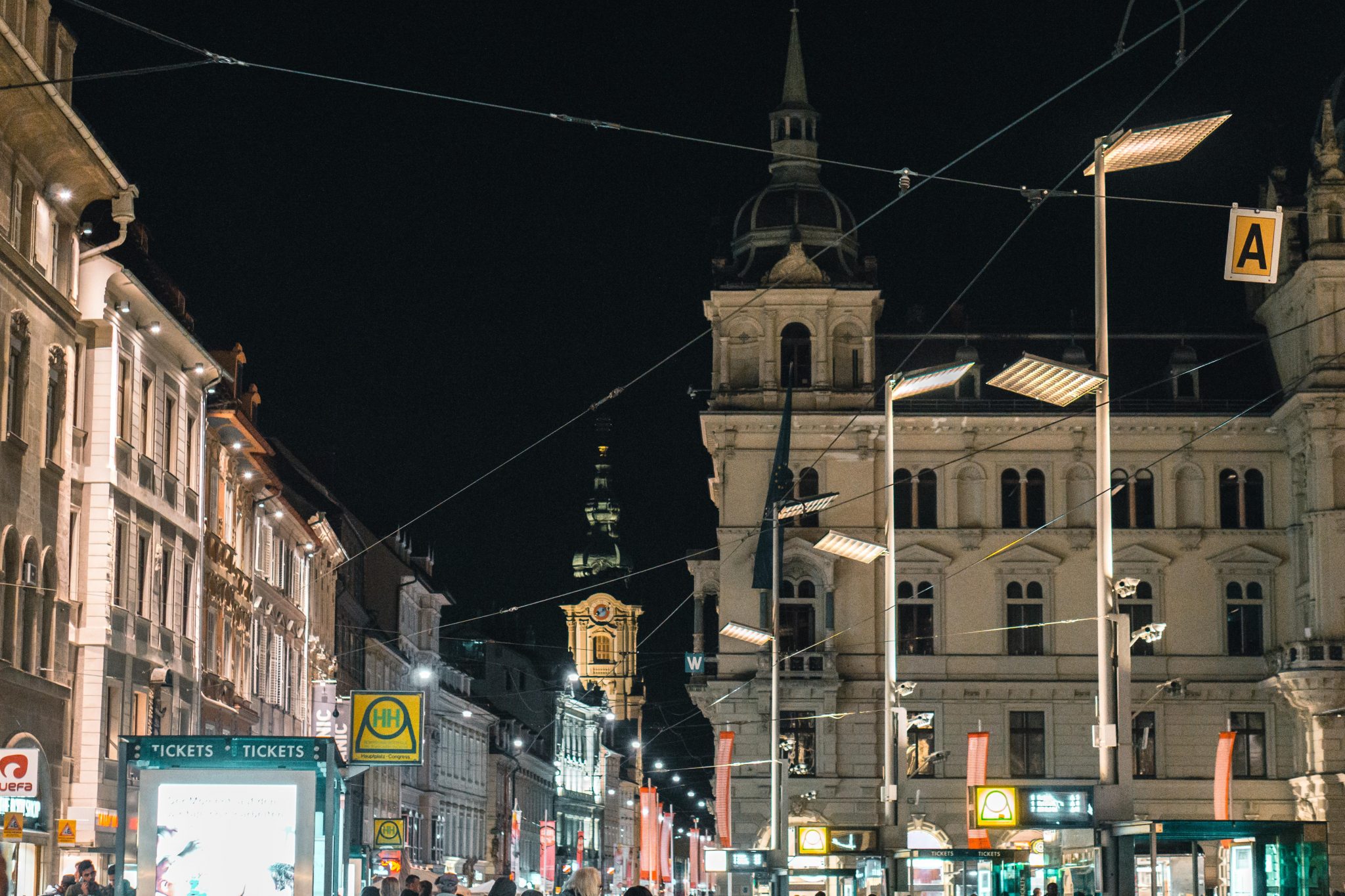 Yes, Graz is a nice city to check out if you want to go to Austria. If staying in Vienna is out of your budget, it’s a cheaper alternative that will work for most people. Full of gorgeous architecture and surrounded by history, Graz will take your breath away from the moment you arrive.