My experience in Mostar – Should you visit Bosnia & Herzegovina?

Mostar, a historic city in the south of Bosnia & Herzegovina. I’ve been to numerous cities in eastern Europe, Mostar is nothing like those cities I’ve visited. So is that a negative thing? You may wonder. Well, let’s find out.

Mostar is ethnically diverse, unique, and quite a spectacle. I felt like I was in a completely different time in history, that’s how historic this city is. How the society is there, is quite interesting. You have a Croatian/Christian side which is a majority of the west side of the city then you have the east side where you have mostly Muslims living. The west side is actually where I stayed. The atmosphere in the part of the city is similar to any other eastern European city. You’ve got the street art, the old blocky looking apartment buildings, beautiful parks and ruins from the war. The city is quite historic overall, the most modern, contemporary thing you’ll see is the Mepas Mall. 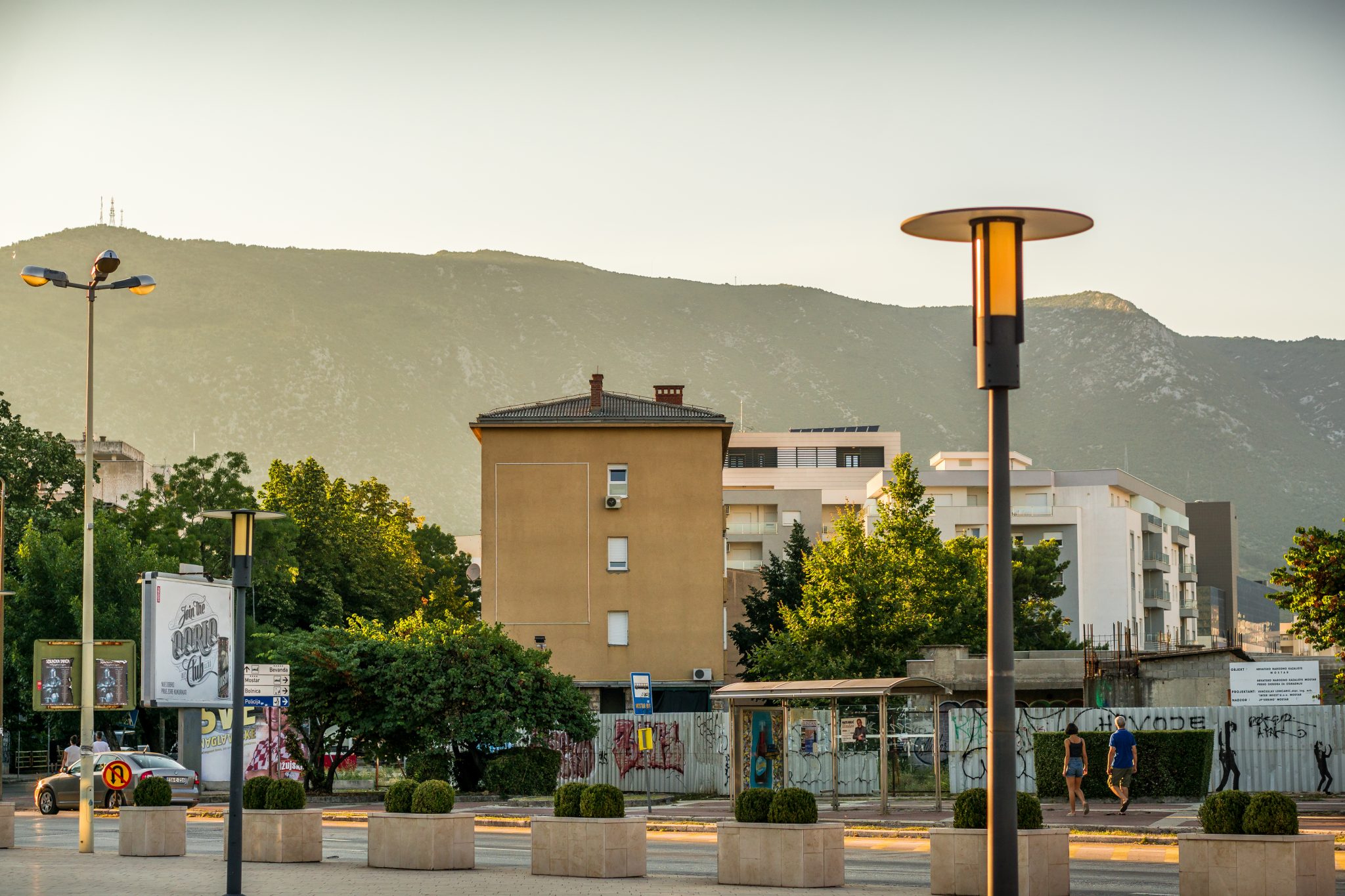 It doesn’t end there

As you walk towards the east of the city and head towards the old town, the atmosphere changes. You go from the busy typical city life to feeling like your in a completely different time in history. As soon your feet go from touching the flat concrete to the round cobblestone ground you know you’re in a different location. 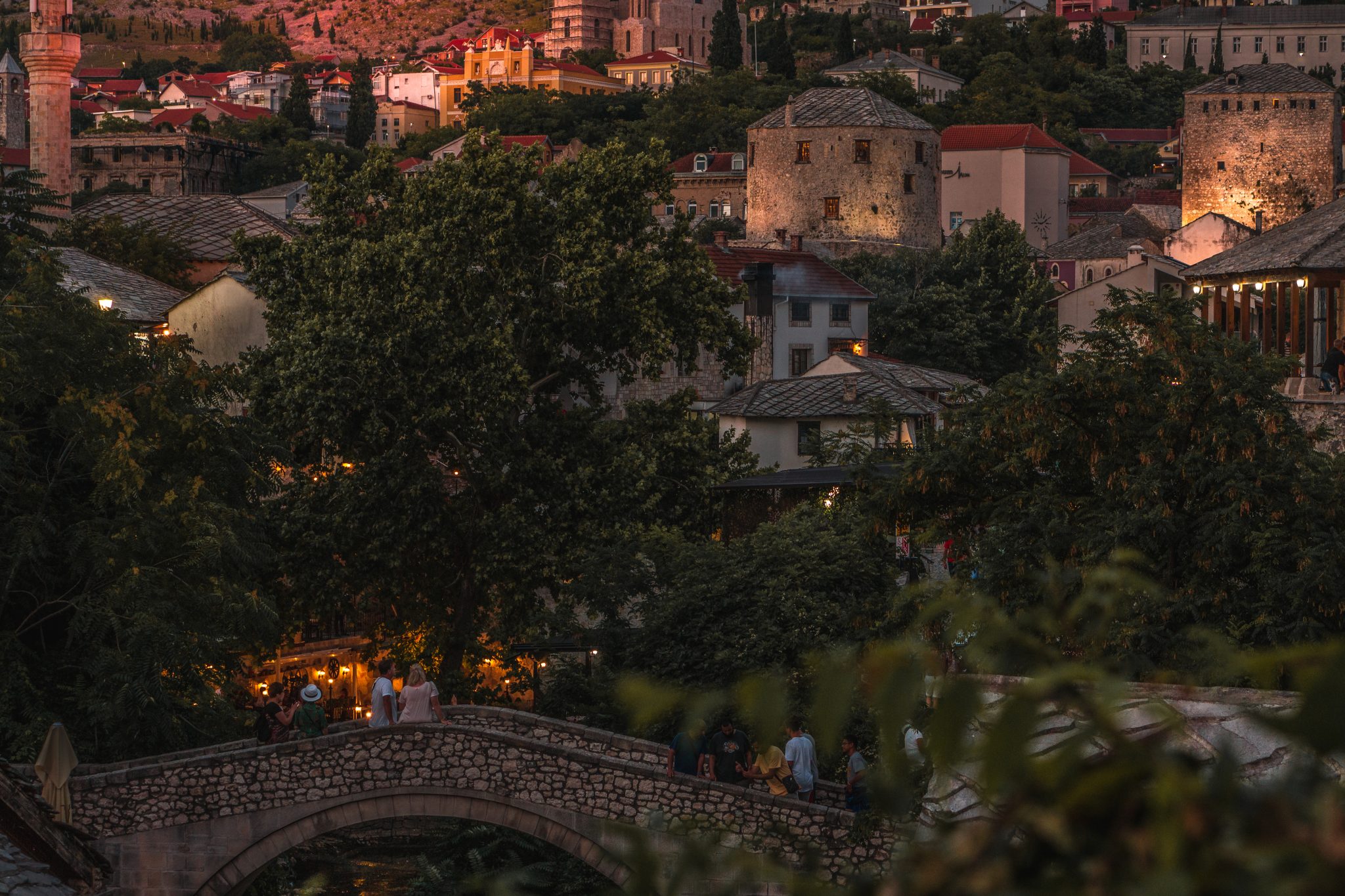 Things to do in Mostar

For such a small city there’s a lot to do in Mostar, and they’re all a walk away if you’re staying in the city center. 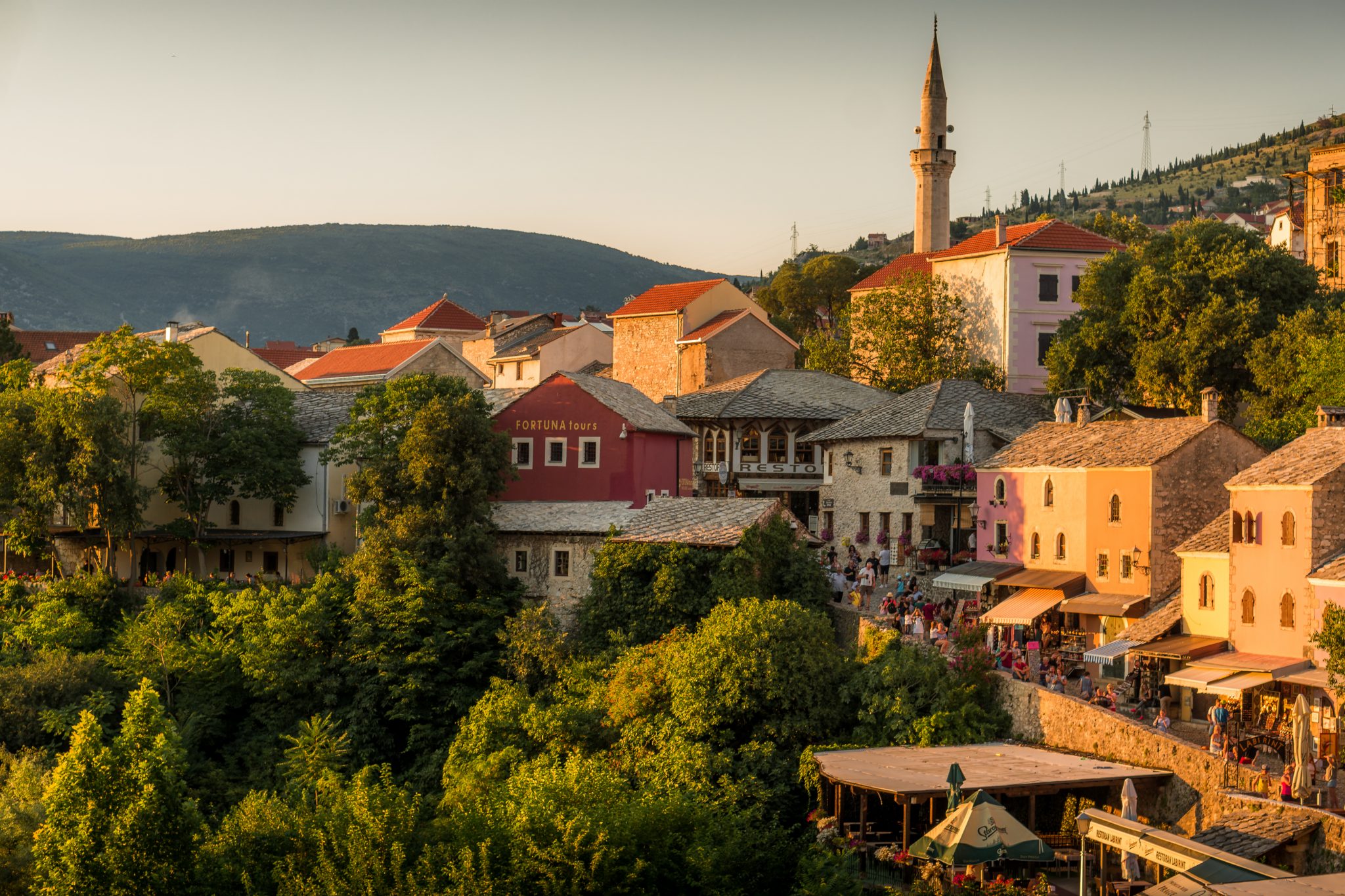 It ain’t called the “Old Town” for no reason. If you’re looking to be surrounded by history here’s the place for you. You can join the crowds wandering through the busy streets of the old town and on your way check out the markets on either side of the old bridge where you can pick up good bargains on rugs, pottery, and jewelry. 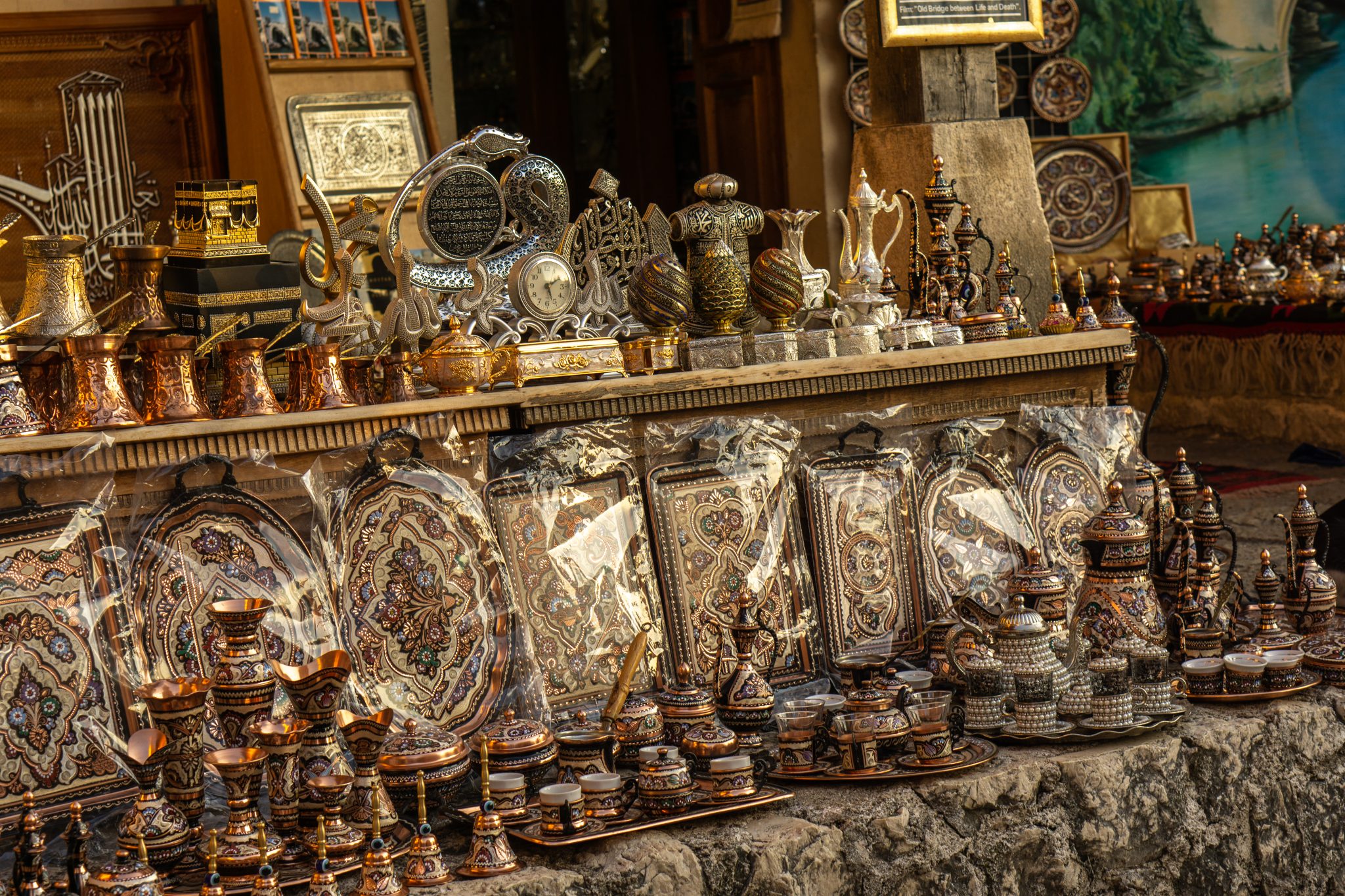 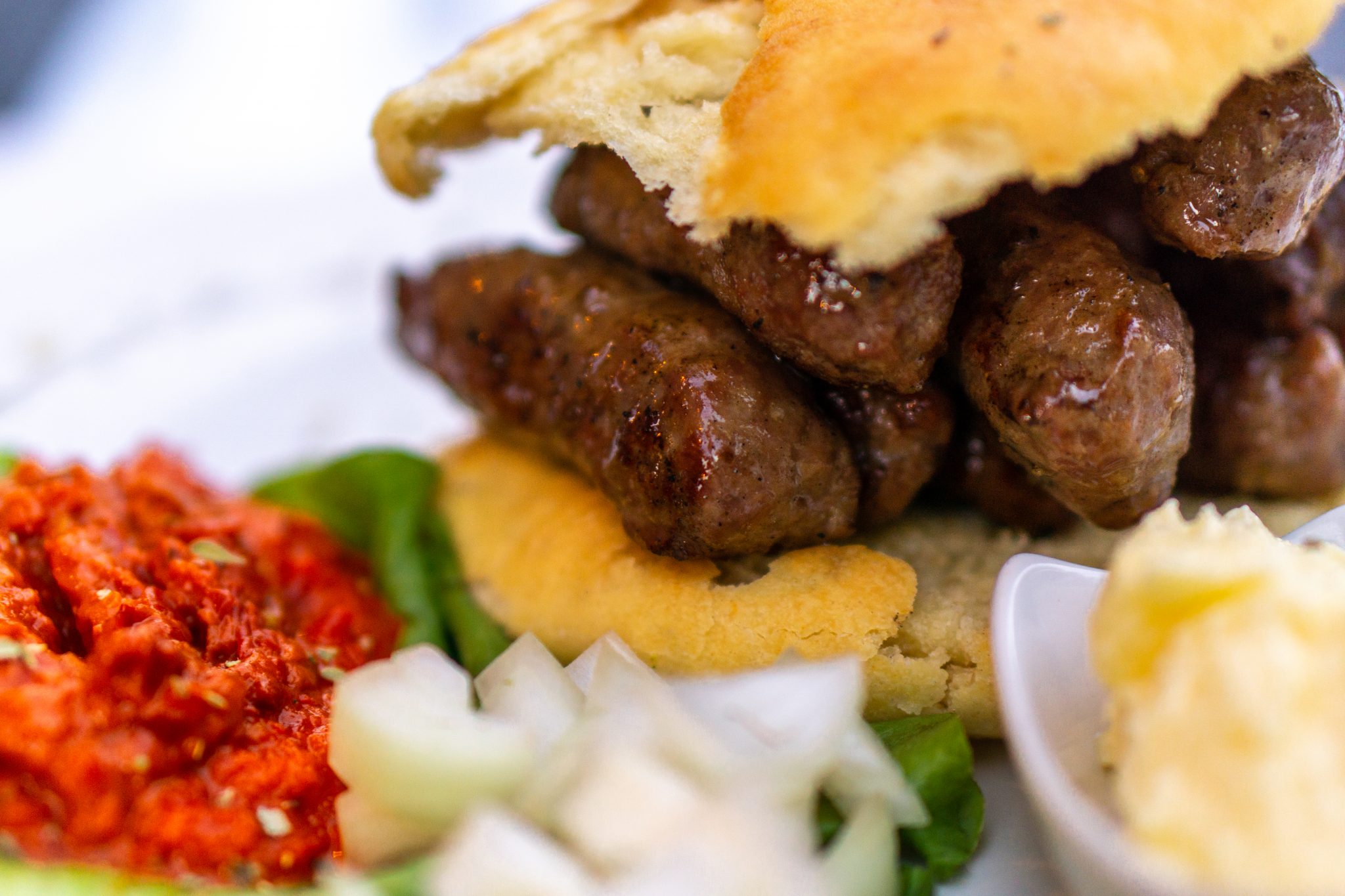 You’ll find lots of local restaurants and inexpensive food that is of high quality. Cevapi is delicious stuff I would highly recommend, it’s a grilled skinless sausage that comes with some warm flatbread. It may not look that pleasant, but it sure tastes great! You’ll also find lots of bars and cafes around the city. And no you won’t find a Starbucks unfortunately, but the local cafes are just as good, you can also get some alcohol in the cafes too if you want to spice things up. 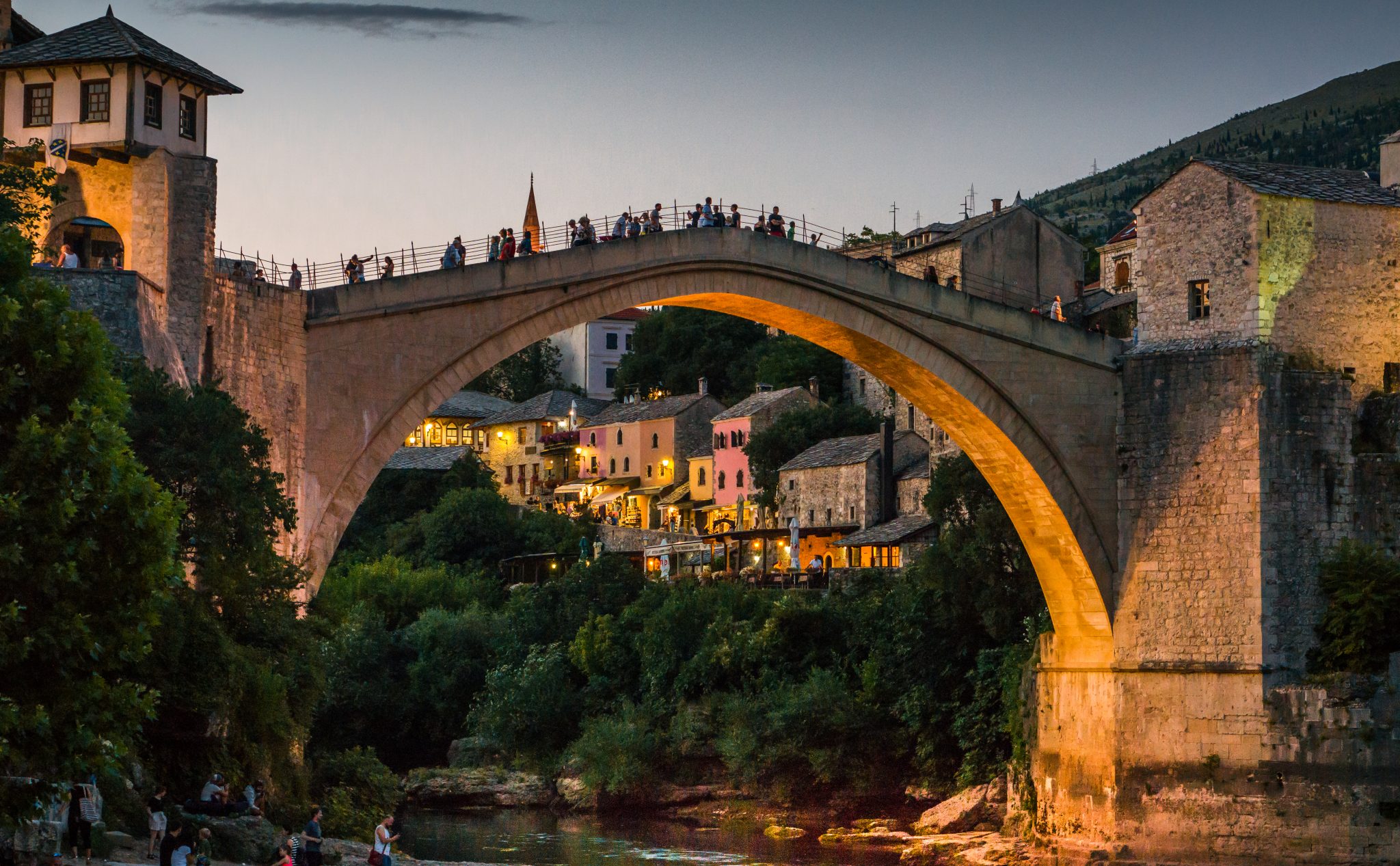 The 16th century Stari Most or “Old Bridge” is one of the main architectural landmarks in Mostar. The streets surrounding the bridge are lively and filled with restaurants, cafes, and shops. It stretches 28 meters across the Neretva river and connects the two sides of the city. You’ll find lots of tourists flock to the bridge to pose for selfies and watch crazy local men dive off the bridge, plunging 20 meters into the river below.

Okay, some things I learned the hard way…

Street art is such a fascinating way to understand the culture and beliefs in a city, places like Krakow and Budapest are filled with them. Mostar is the same. The Bosnian War left a huge mark on Mostar. To this day, there are abandoned buildings left with bullet holes and nothing but echoes of a violent past. Local contemporary artists use these buildings as a canvas to express themselves. They create art with a primary message of peace and harmony, to really dark stuff about the past. 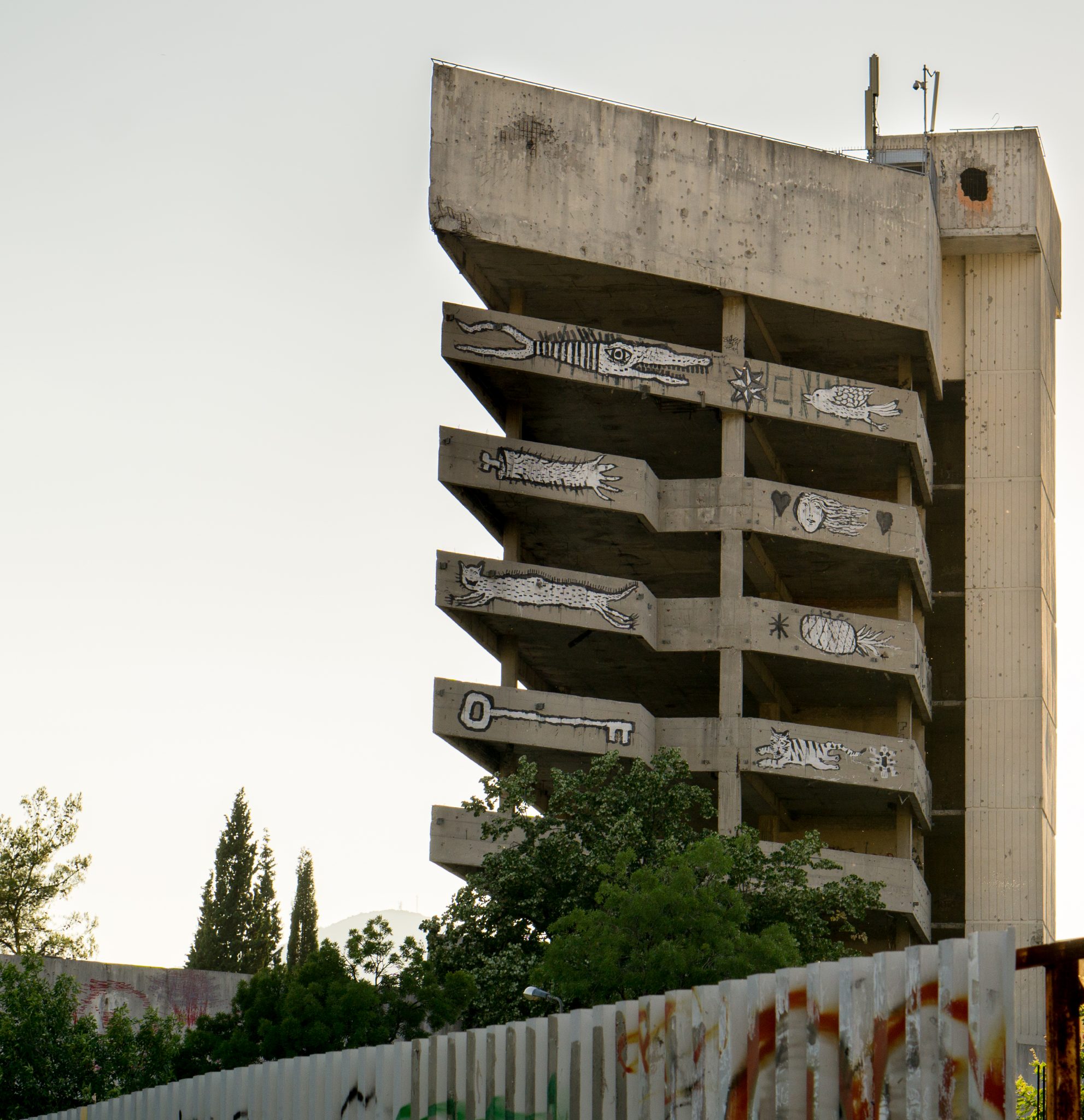 There are many abandoned buildings in Mostar. The Sniper Tower is one of them. As you can guess by the name, the building was a hidden base where snipers would hide and aim at their targets below. Today, the tower is decorated with street art. You can explore different floors, check out the street art and enjoy another beautiful view of Mostar from the top floor. 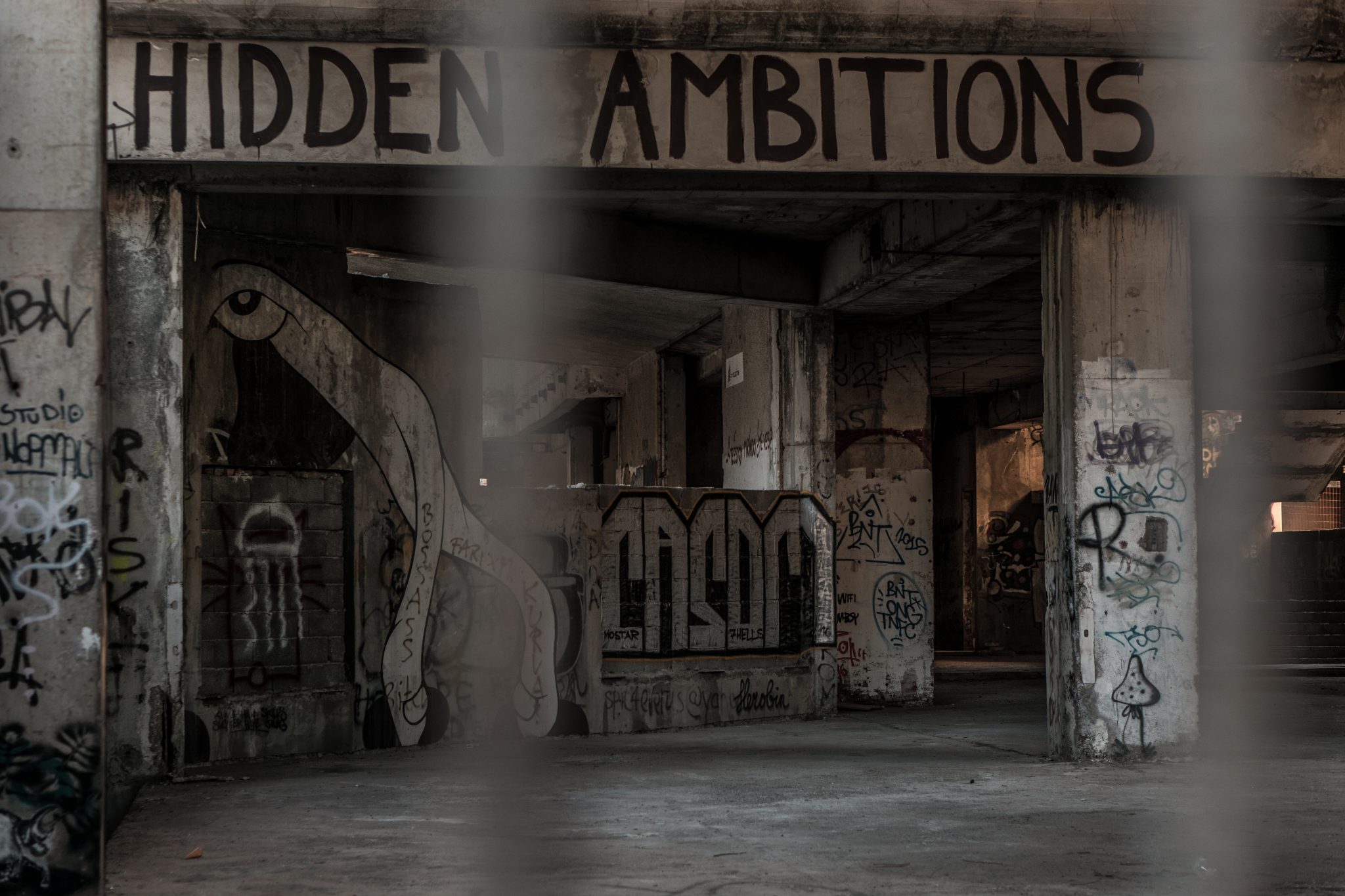 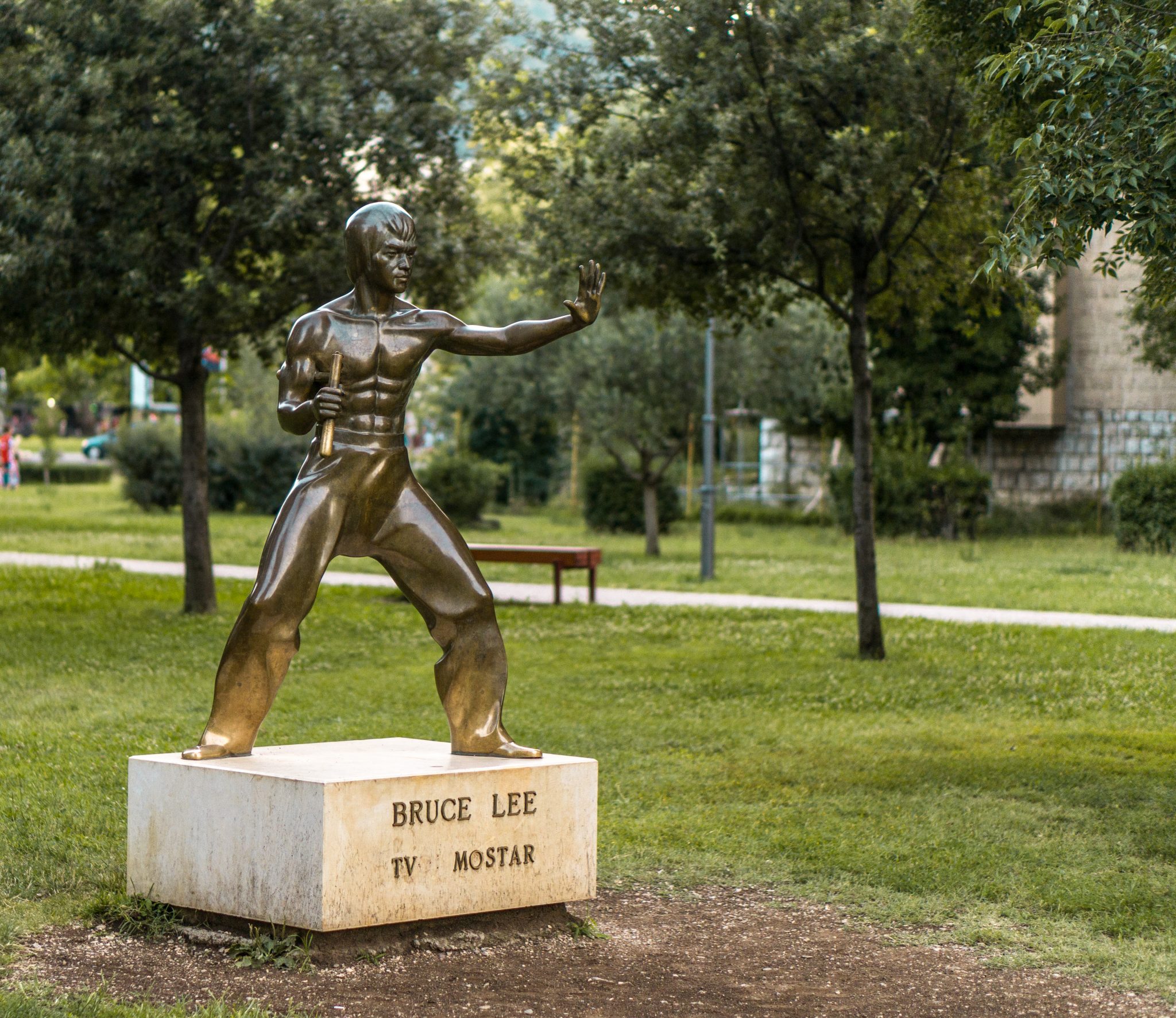 You’ll find a statue of Bruce Lee in Zrinjevac Park. It stands at 1.68m high and can be used to take cheesy photos with Bruce Lee and pretending to engage in some epic fight scene. Fun stuff!

No matter how large your travel budget is, this will always be a great reason to visit a place. And Mostar, like the whole Bosnia & Herzegovina, is quite cheap, even comparing to its neighbor Croatia. It is great for budget travelers.

How I got there

I got a flight from Ireland to Croatia, where I spent a week in Zagreb. From Zagreb I got a night bus to Mostar using the GetByBus service. It was a long 9 hour bus ride, but it was made easy being an overnight journey arriving to Mostar at 6 in the morning where I could get some rest and a full day to explore. The bus journey was €22. Next time I visit Mostar i will fly to Split instead, then get a bus for a quicker 4 hour bus ride, I recommend anyone else thinking of visiting to Mostar to do the same.

You’re probably  thinking why not just fly to Mostar? Well, Not much airlines from different airports fly directly to Mostar. You can actually get a flight to Sarajevo and a bus to Mostar, but flights to Sarajevo can be pricey.

How to find accommodation in Mostar

Airbnb would be your best bet, Booking.com is also great for those nice hotels with great views. I got a beautiful modern Airbnb apartment in the city center for €39 per night. Which was overall €219 for the 1 week I spent there, not bad at all and you could probably find one for much cheaper.

How much time is needed to explore Mostar? 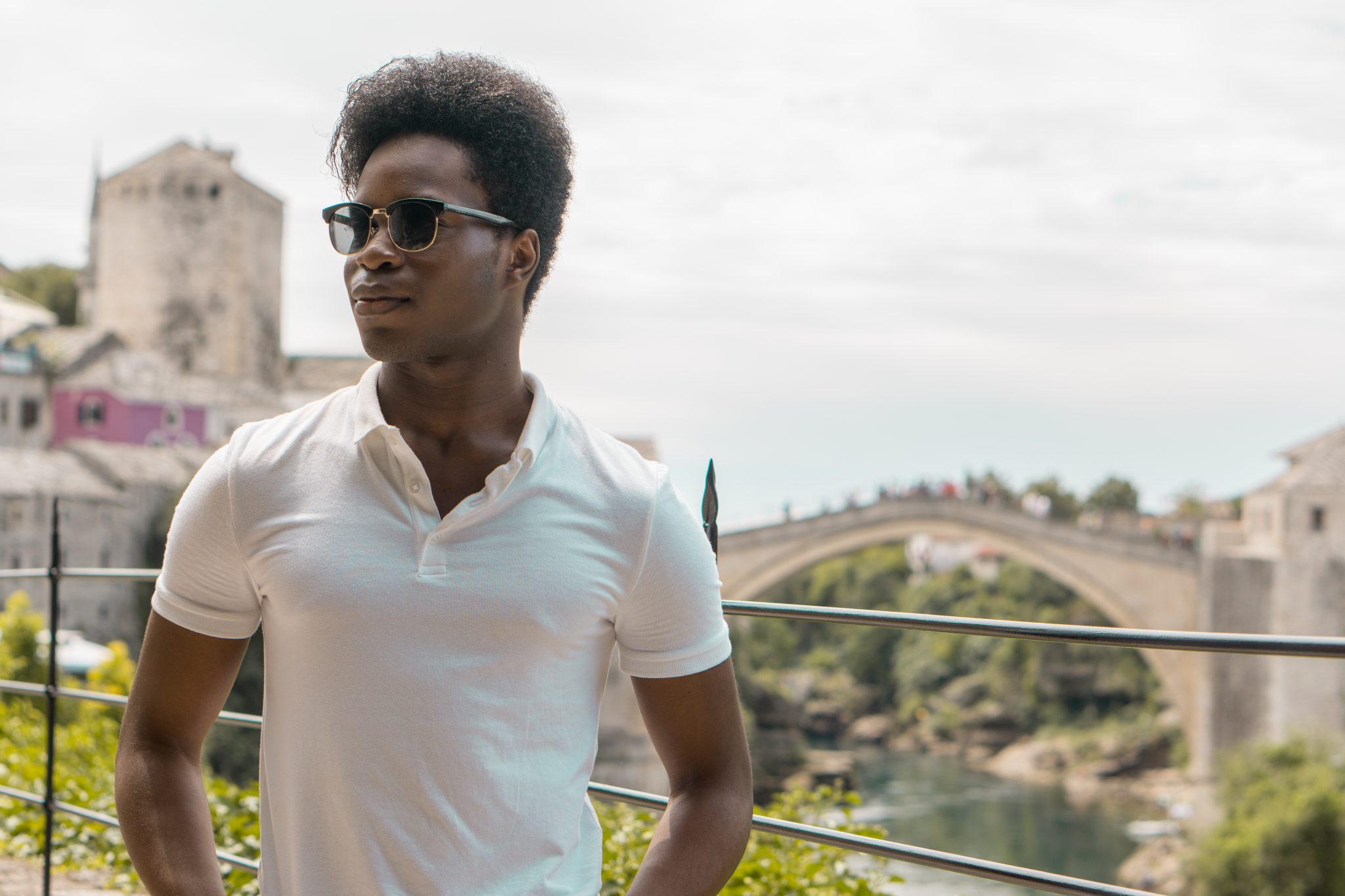 How much time is needed to explore Mostar? It depends on you. I work on the internet meaning that I can work from anywhere. Maybe you’re on vacation and aren’t doing any work at all.

“When it comes to travel, there are two types of people. Those who work, and those who just explore”

If you also work, visiting a city for less than 3 days if you want to get enough done is not a great idea. I have done that in the past, It doesn’t work. You either go out and explore, or you work. You can’t do enough of both. If you want to get, all your work done while exploring, go for 7 days. That’s how you balance your day just right to get enough of exploring and work done. That’s what I did in Mostar. 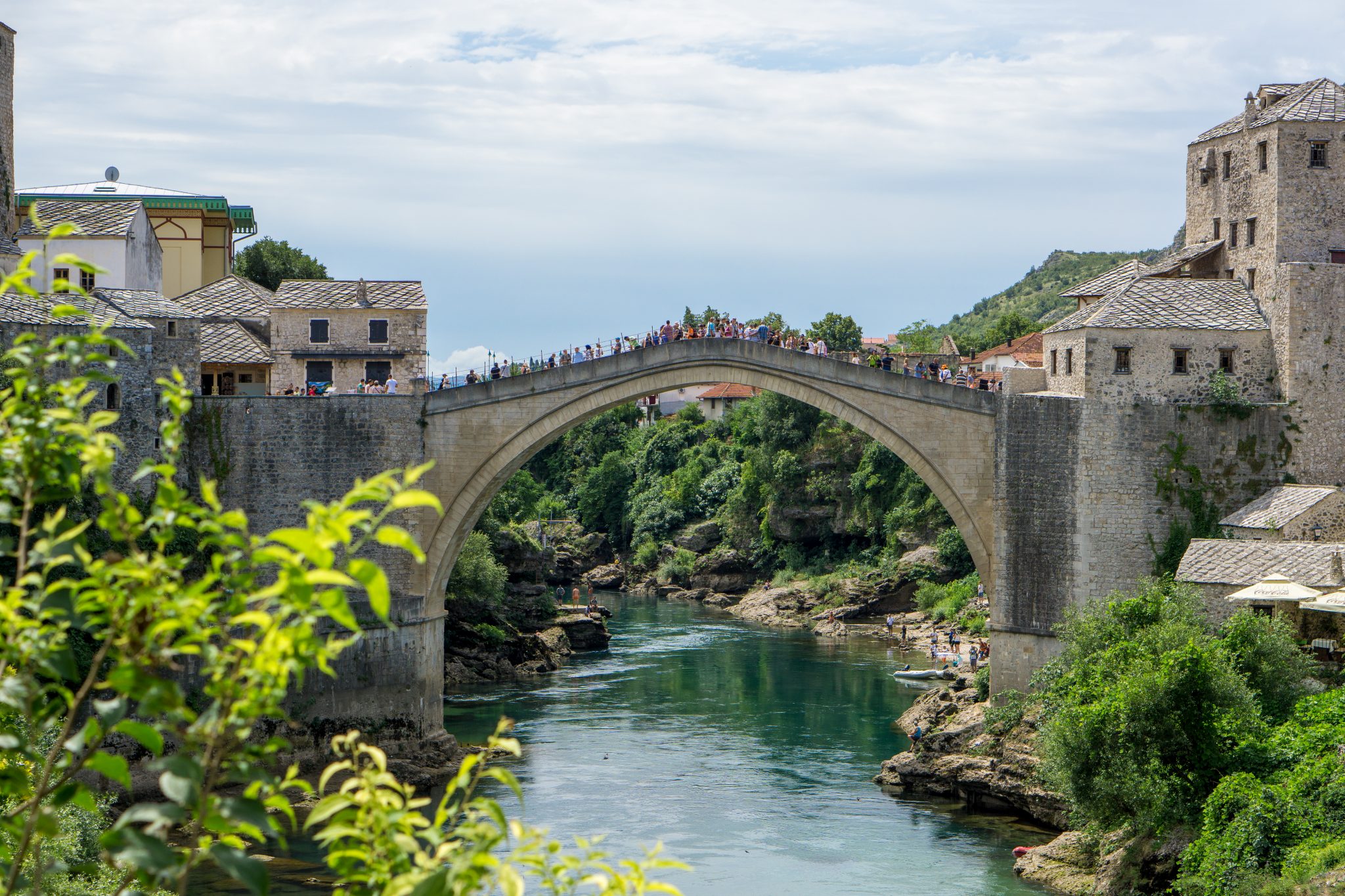 I enjoyed Mostar, it was a great experience. I felt a bit off at first because it wasn’t a country there are many dark skinned people in so I got many stares. However, I adjusted and got used to it. I didn’t share everything to do in Mostar like museums (which are awesome too). You don’t need to have everything in front of you. These are the thing I found worth doing. I will definitely visit Mostar again in the near future and go to places and try new things I didn’t get a chance to the first time.

I highly recommend Mostar for those who are planning a trip, you’ll have a great time!