We finally got our hands on Sonys latest and greatest, the PlayStation 5. Almost impossible to get from retailers, similar to when the PS4 launched in 2013 but on a crazier level. The PS5 is the most talked-about console of the year and is now the fastest-selling PlayStation Console. But after using it for a month, is it all hype or a truly next-gen experience?

Huge and different in a Cool Way

In an age where design is all about making things compact and thinner, Sony went all out and made their next-gen console a mammoth in size. It looks even bigger in person, however, I think they pulled it off.

The PS5 stands out, and because of that, it’s a controversial design. But when you see it, you know it’s a PS5, and that’s clearly what Sony wanted. Gaming computers are usually large, larger than the PS5. But the design of the PS5 is so futuristic that it doesn’t fit in every interior. It can either elevate how a room looks or make it look tacky. 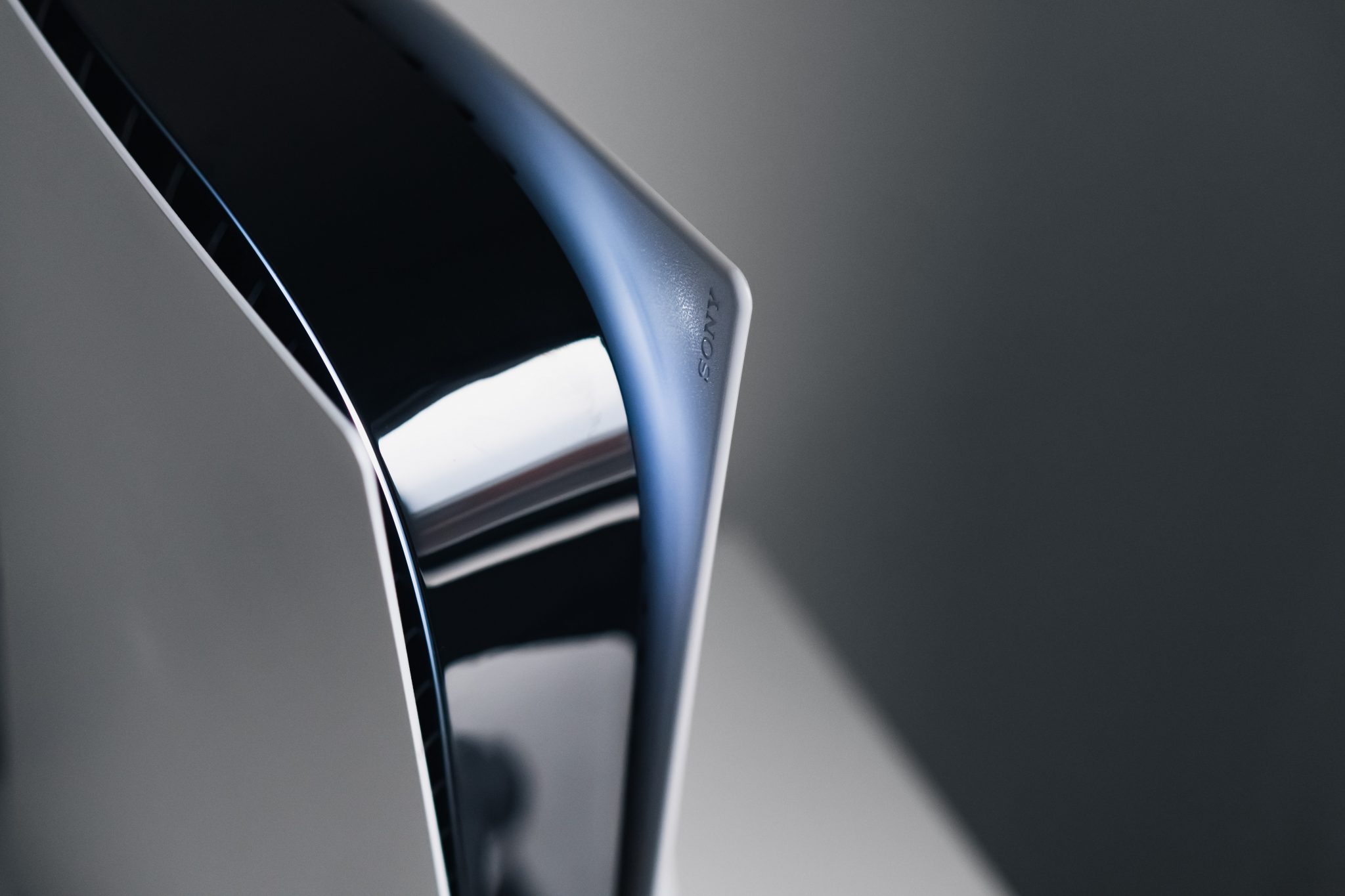 Colorwise, the white is more on the light grey side. At first, I would’ve preferred a black color, but now I’ve gotten used to how different and clean the white looks. However, I do find myself cleaning the controller from time to time. The LED and fans are a great functional addition to the design.

The PS4 at launch looked futuristic with its sharp-edged compact and sleek silhouette. Now, it looks like a product of the past.

But there is a method to Sony’s madness. The PS4 being compact also meant it was deafening while gaming, whereas the PS5, has been silent. 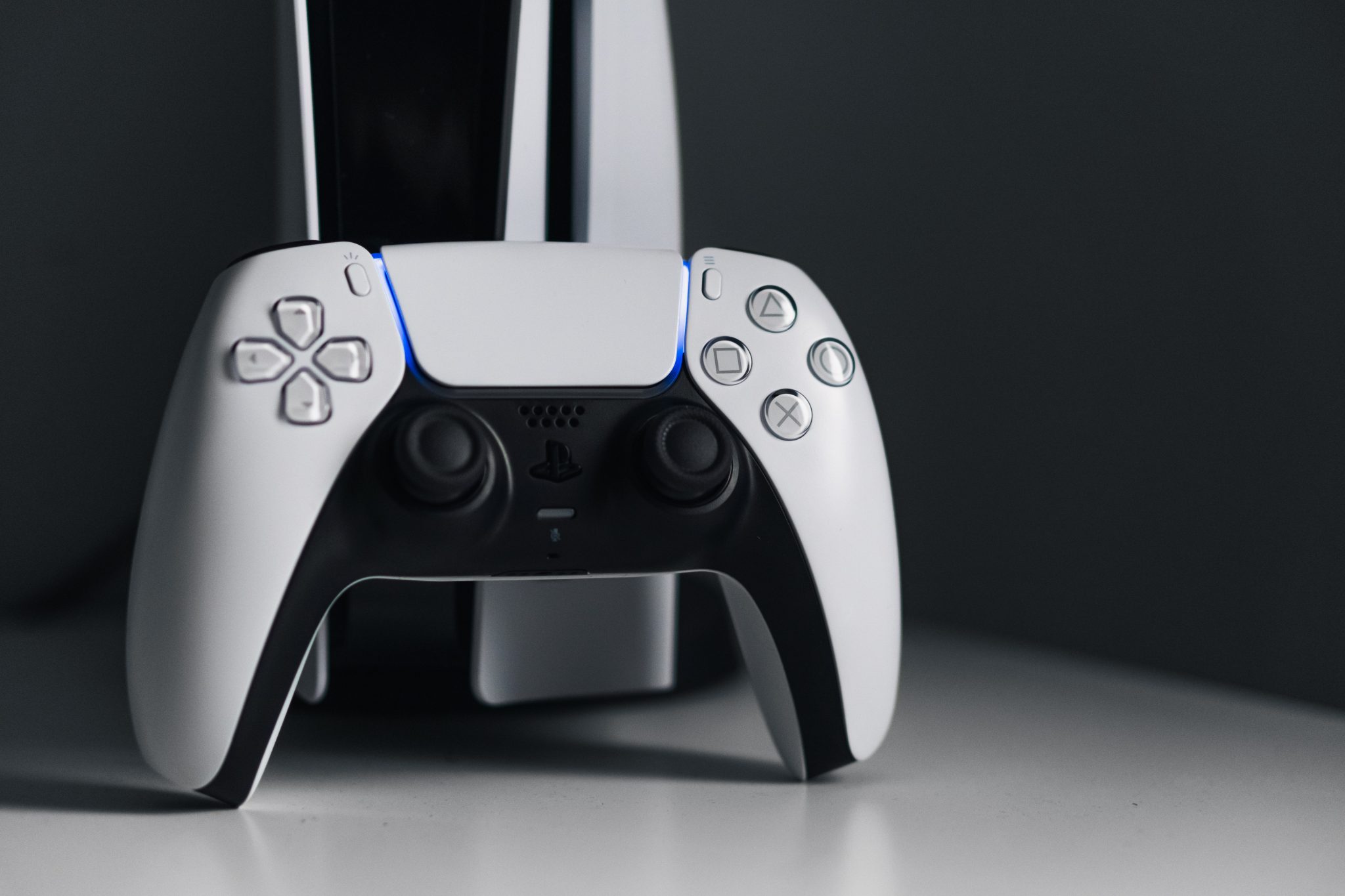 I was a fan of the PS4 controller. It was a giant leap forward from the PS3.

The redesign of the Dualsense is not as big of a jump as the PS3 to PS4 controller was. However, it is a more refined version of the PS4 controller. It feels familiar but larger, with a premium touch while featuring a USB-C port. I believe the controller’s features make the PS5 a truly next-gen experience that outshines its competitor. 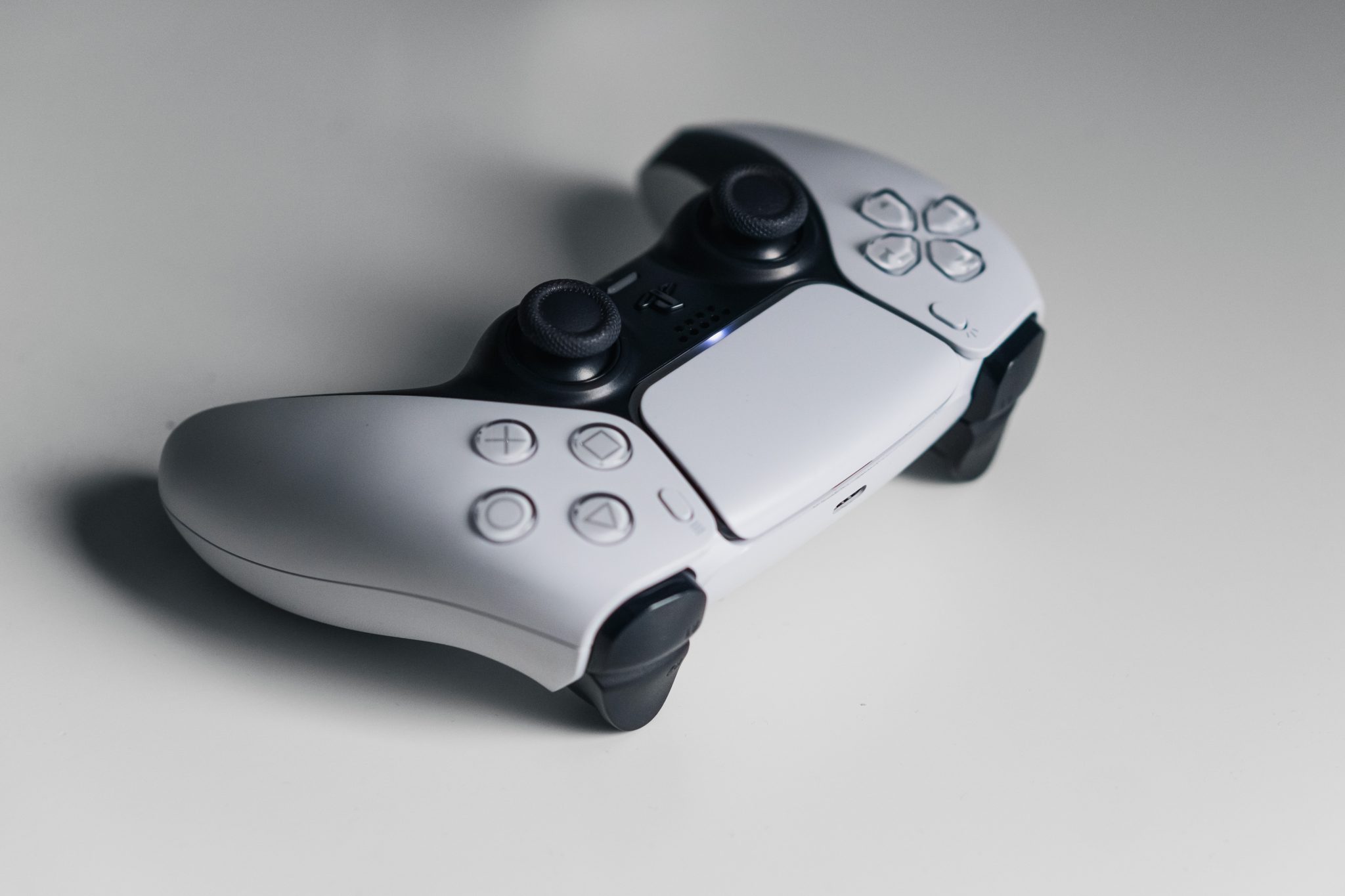 Our favorite feature is the adaptive triggers and haptic feedback. The first thing you should do when you boot up your PS5 for the first time is to try out all the features of the controller in Astro’s Playroom. You will feel the surfaces you are walking on while playing that game. It’s pretty incredible and has so many uses. If you’re aiming with a bow and arrow, you can feel the bow’s tension through the triggers, making it harder to press. Unfortunately, not a lot of games yet fully utilize that power.

The battery life on the Dualsense is Similar to the DualShock 4. Another thing to note is the microphone on the controller, which is an excellent touch along with its physical mute button.

Going from playing Assassins Creed Odyssey on the PS4 to Valhalla on the PS5 is a monumental leap forward.

With titles supporting up to 4k 60fps, the PS5 has drastically improved graphically, along with the SSD making them faster to launch and load times being non-existent. 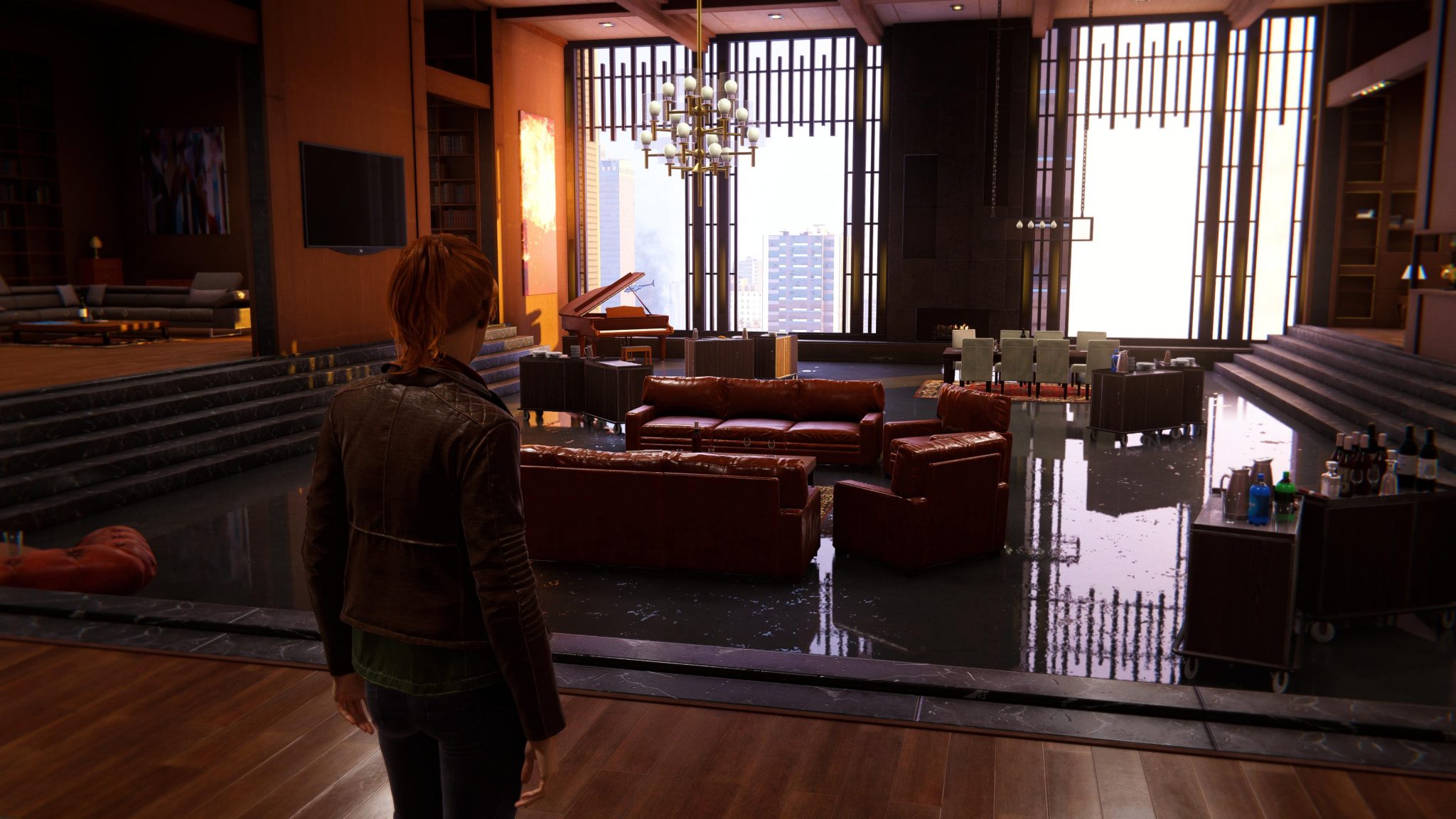 PCs have been ahead graphically in the last few years, but this is the closest a console has ever gotten to PC-like graphics. We see high-res textures, raytraced reflections, life-like lighting effects, and higher refresh rates. 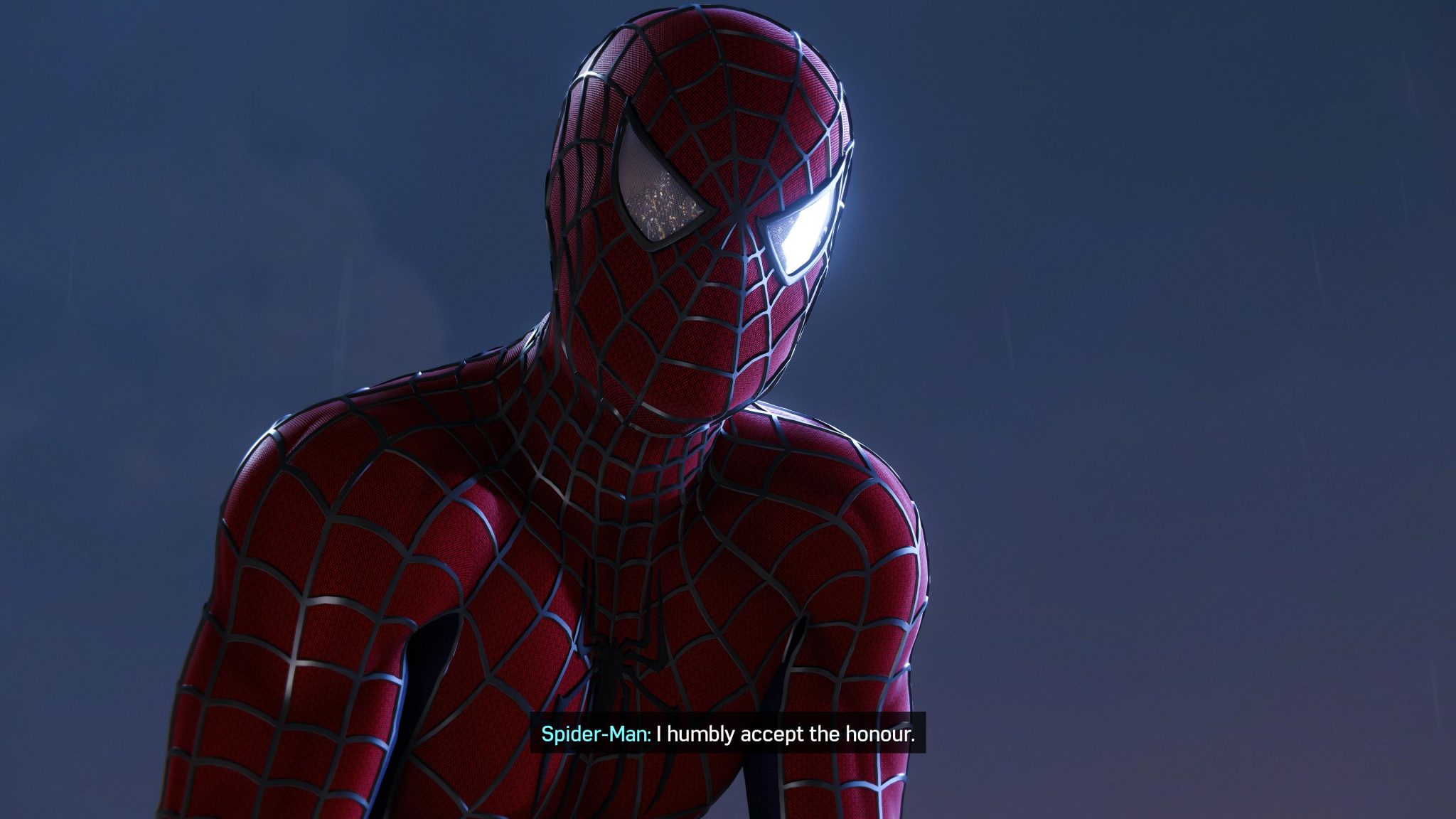 For the first time, there are graphical options in games. You can choose between better performance, running the game at 60 FPS without ray tracing and with lower resolution, or whether you want the game to look better, with ray-traced reflection, higher-resolution, lighting, but capped at 30 FPS. You can use a bit of both in some titles, like in Spiderman Miles Morales, where you can choose to have Raytraced reflections, slightly lower resolution, and 60fps. 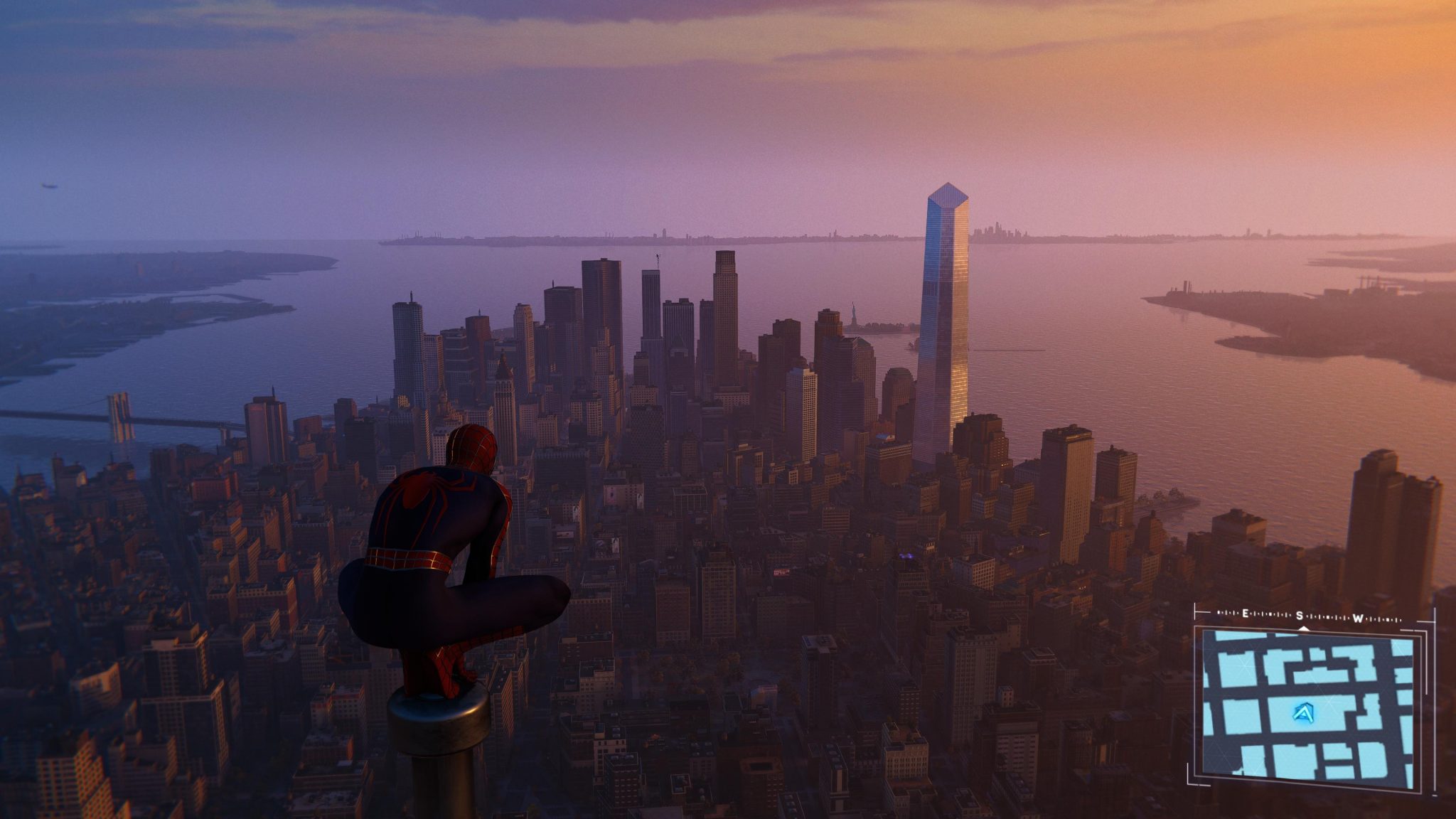 PS4 games are playable on the PS5 which is great otherwise you wouldn’t have much to play while waiting for PS5 titles as there aren’t really many. PS4 games work pretty smoothly, but most titles don’t get a graphic improvement. Unlike a PC where you can increase, graphics in the Settings, a PS4 game is a PS4 game. However, certain developers are upgrading PS4 titles. For example, Spiderman has been remastered to support 4k 60fps and it looks incredible. 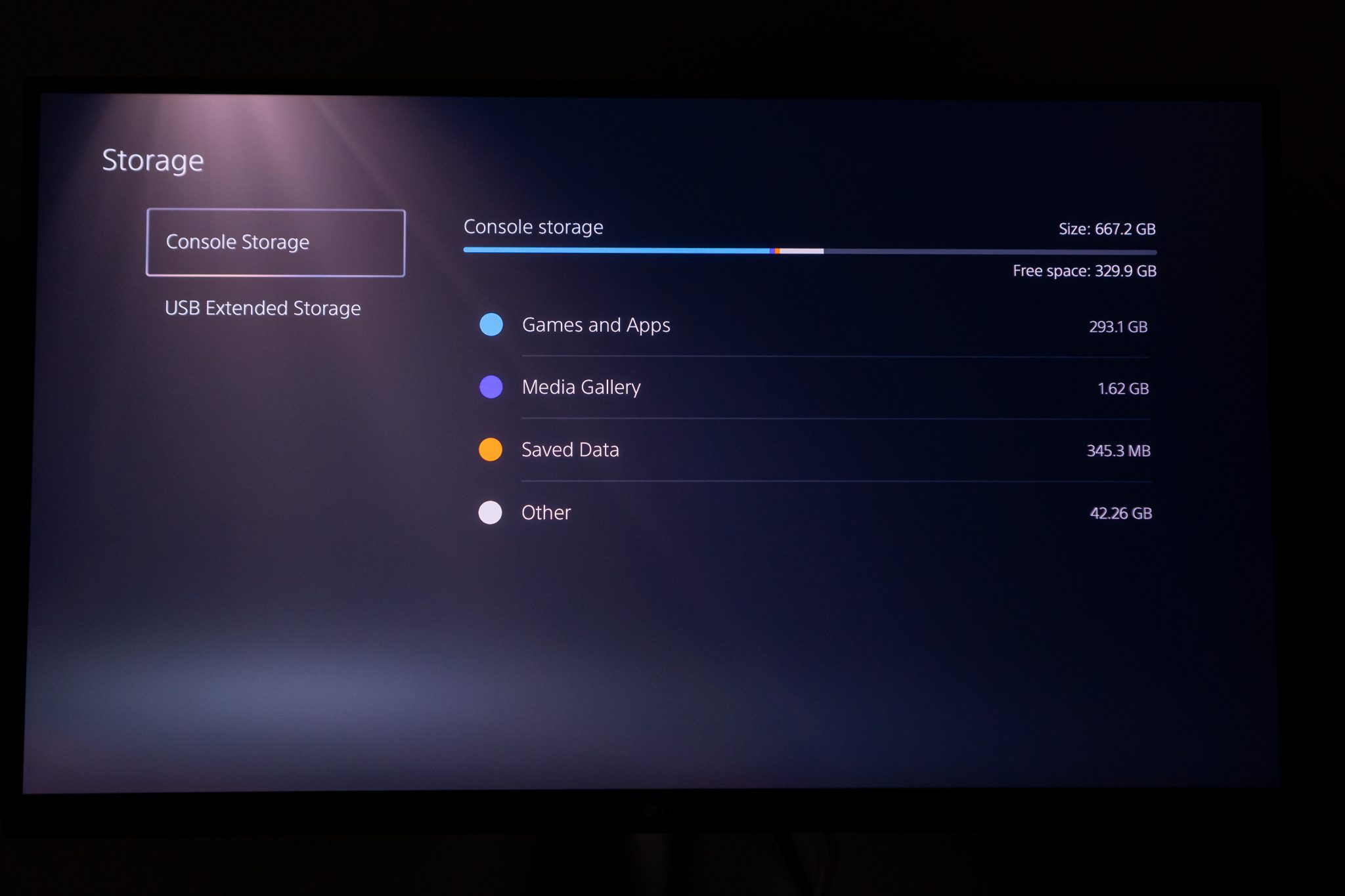 With 850 GB, the console offers you around 667 GB of storage after the OS. AC Valhalla is 65GB. That would allow you to get around 10 versions of it for the PS5, and some games take up more space. If you’re not one for deleting games after completing them, you should consider an external storage.

We thought it would cost a lot more as if this were a gaming PC or a laptop; it would be difficult to pull off a similar experience at this price point.

Microsoft has made the lower spec’d version of their Xbox much cheaper; however, we are not fans of having two differently spec’d consoles. I believe companies should go big at a reasonable price or go home. Sony’s choice between a disc and a digital edition is excellent, as they have the same specs.

We went with the disc as we prefer to buy games second-hand at lower prices or sell when we’re done with them, which you can’t do with a digital version. While the digital may be €100 cheaper, the disc version saves you money in the long run.

Is the PS5 worth it? 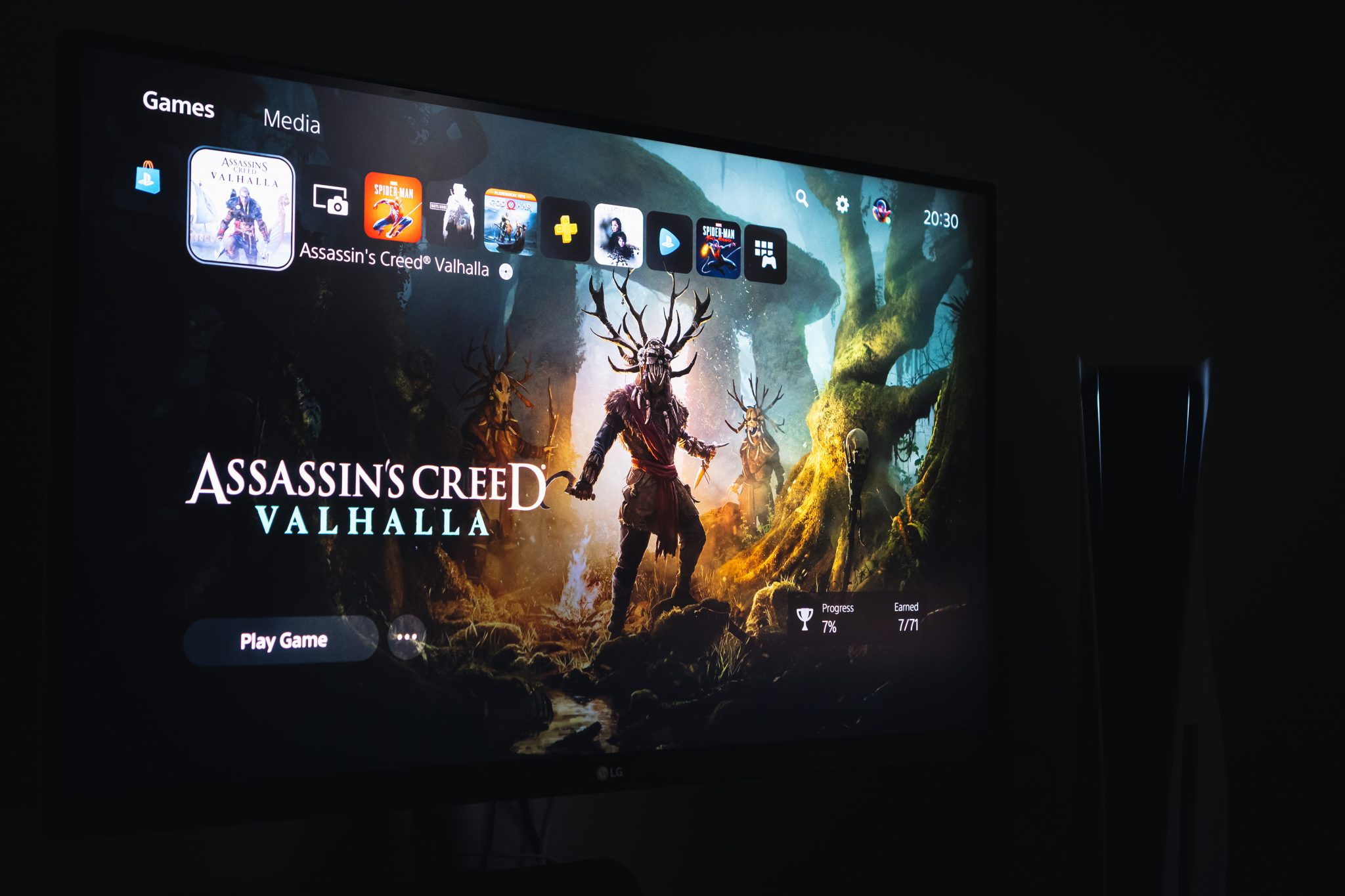 The PS5 is much more powerful graphically than the PS4 while keeping a similar price point. The Dualsense controller is a game-changer which we hope developers take advantage of in future releases. Everything the PS4 lacked has been heavily refined. We love when companies put their all into a product, and that’s what we see with the PS5. It delivers and is truly a next-gen experience.