Another year, another shiny new wireless earbud from Jabra. The Jabra Elite 85t, is the latest and greatest Jabra has to offer. For the first time of reviewing Jabra earbuds, we’re having a look at a non “active” earbud from Jabra, how does it fare? 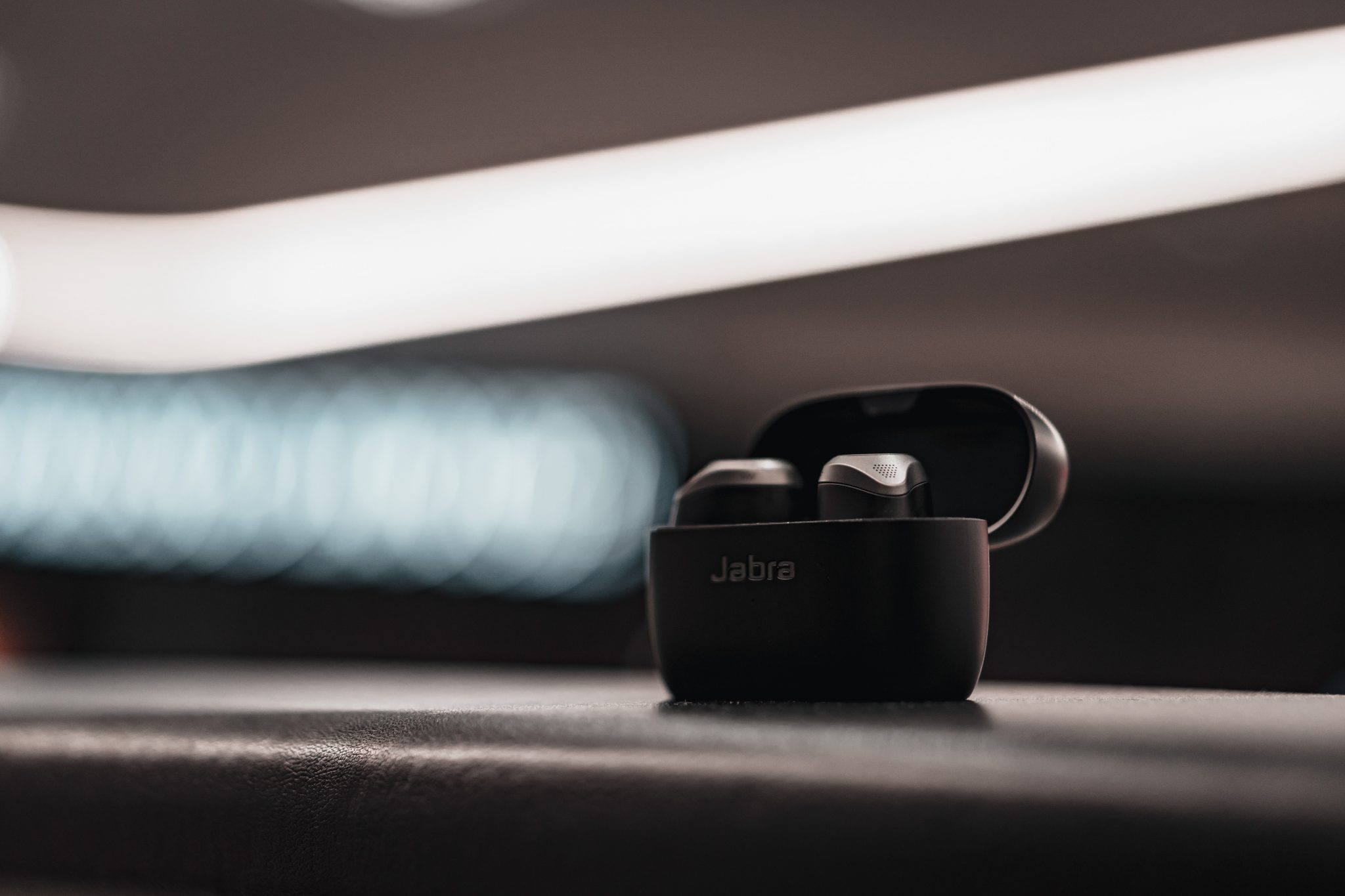 Sleek, minimal but not as small. At first glance, the design of the Jabra Elite 85t is reminiscent of its predecessor, the Jabra elite 75t which we’ve reviewed. But upon holding and picking it up, there are some subtle differences.

The Jabra Elite 85t is a bit bulkier and wider. It sticks out a bit more from your ear and I get it, to accommodate for the boost in computing power, sound, Hear Through technology and active noise cancelling that was probably the only decision. But if the earbuds are bulkier and heavier, does that make them uncomfortable? 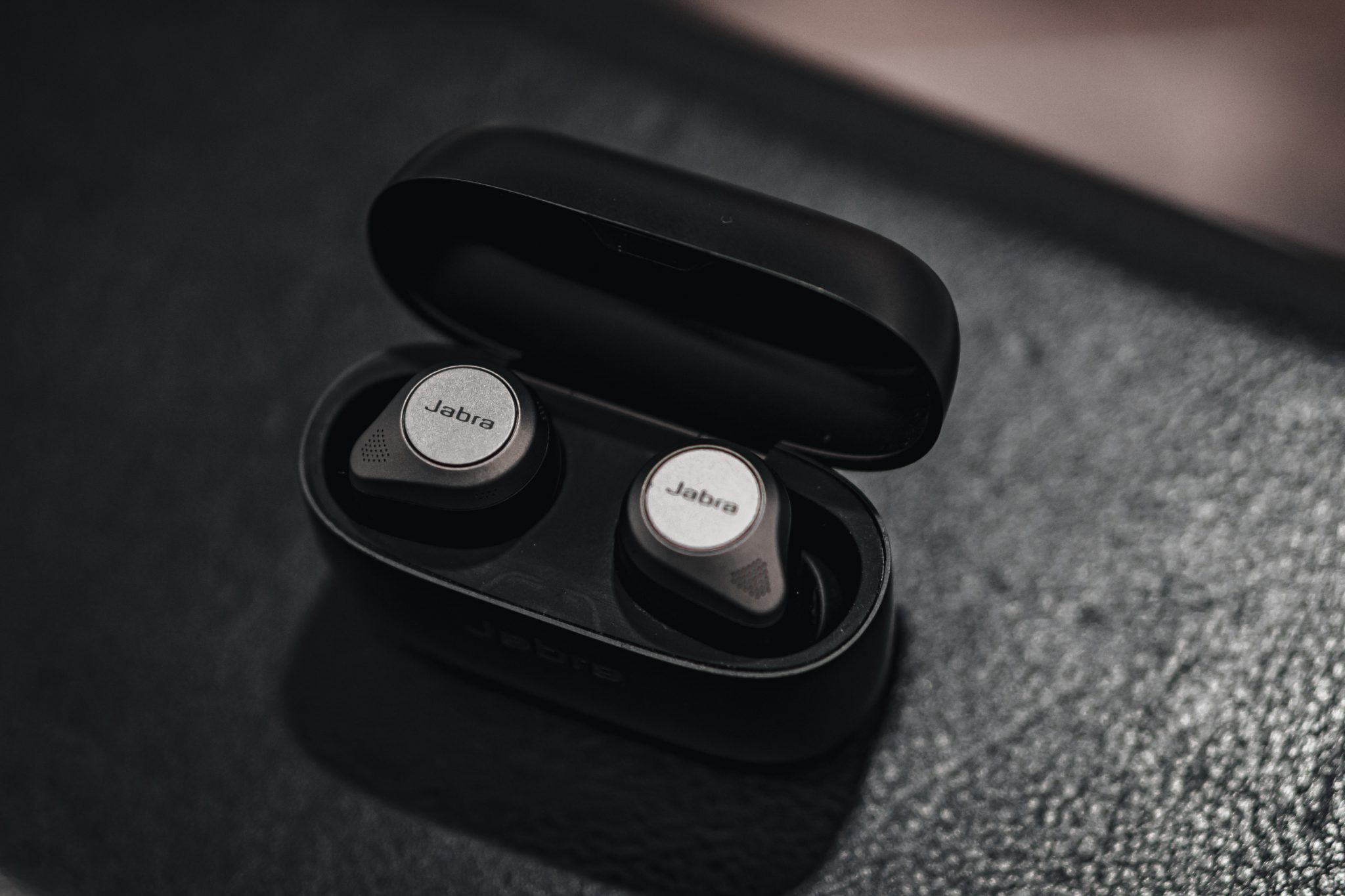 The build quality on the Jabra elite 85t is solid. It feels premium, however, the earbuds are less rubbery and textured than the active version so it can be difficult to grip. They also have an IPX4 rating for water resistance. The case is good. It’s made of hard plastic, which feels solid and durable. There’s a magnet to hold the buds in place and an LED light on the front of the case that shows the battery status, perfect for when wirelessly charging it.

The Most Comfortable Jabra Earbud 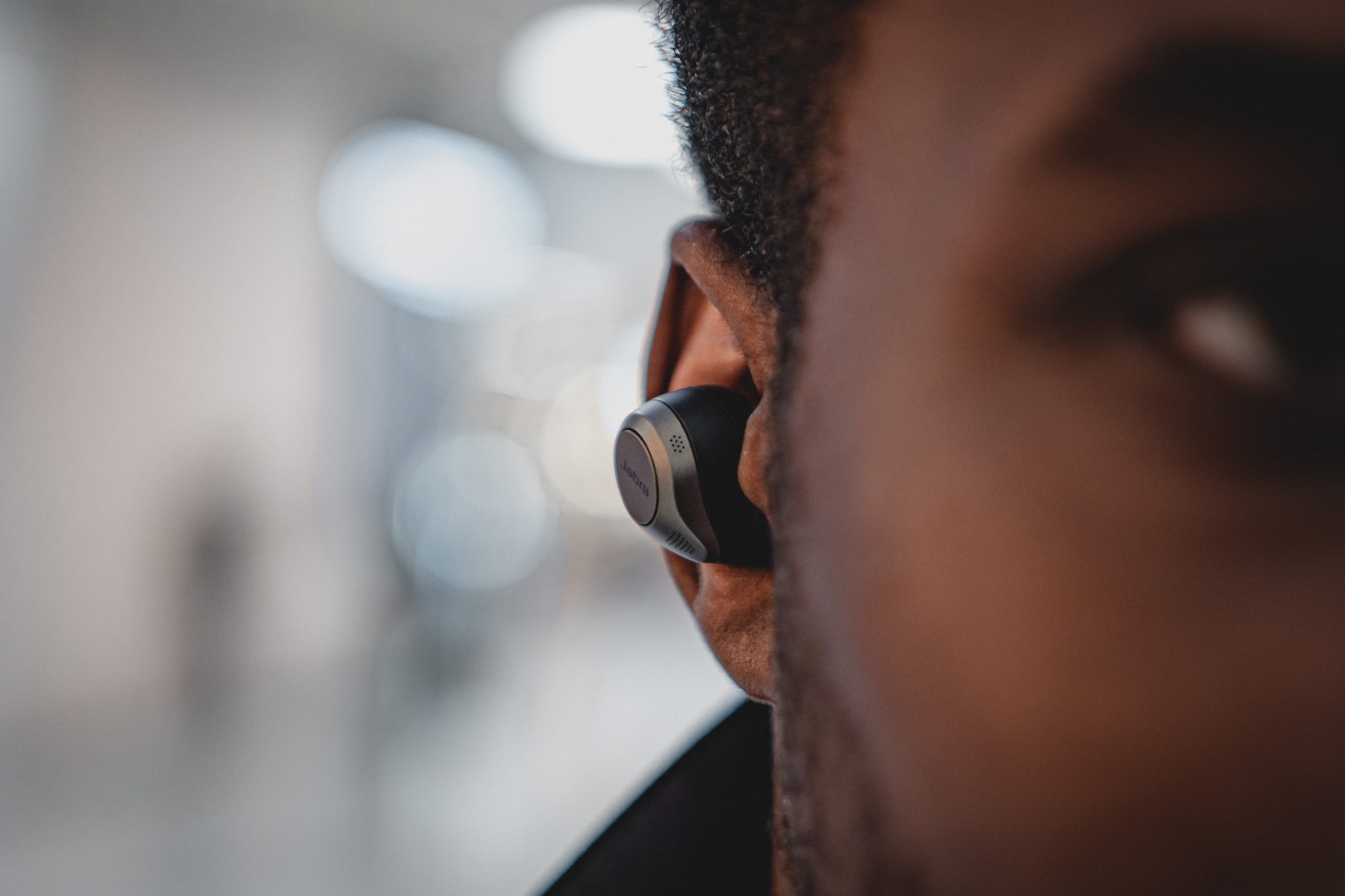 As oppose to the Jabra Elite Active 75t and virtually every other earbuds on the market, the ear tips are oval-shaped instead of circular on the Jabra Elite 85t resulting in much less pressure on your ears making it surprisingly comfortable despite the weight and size. 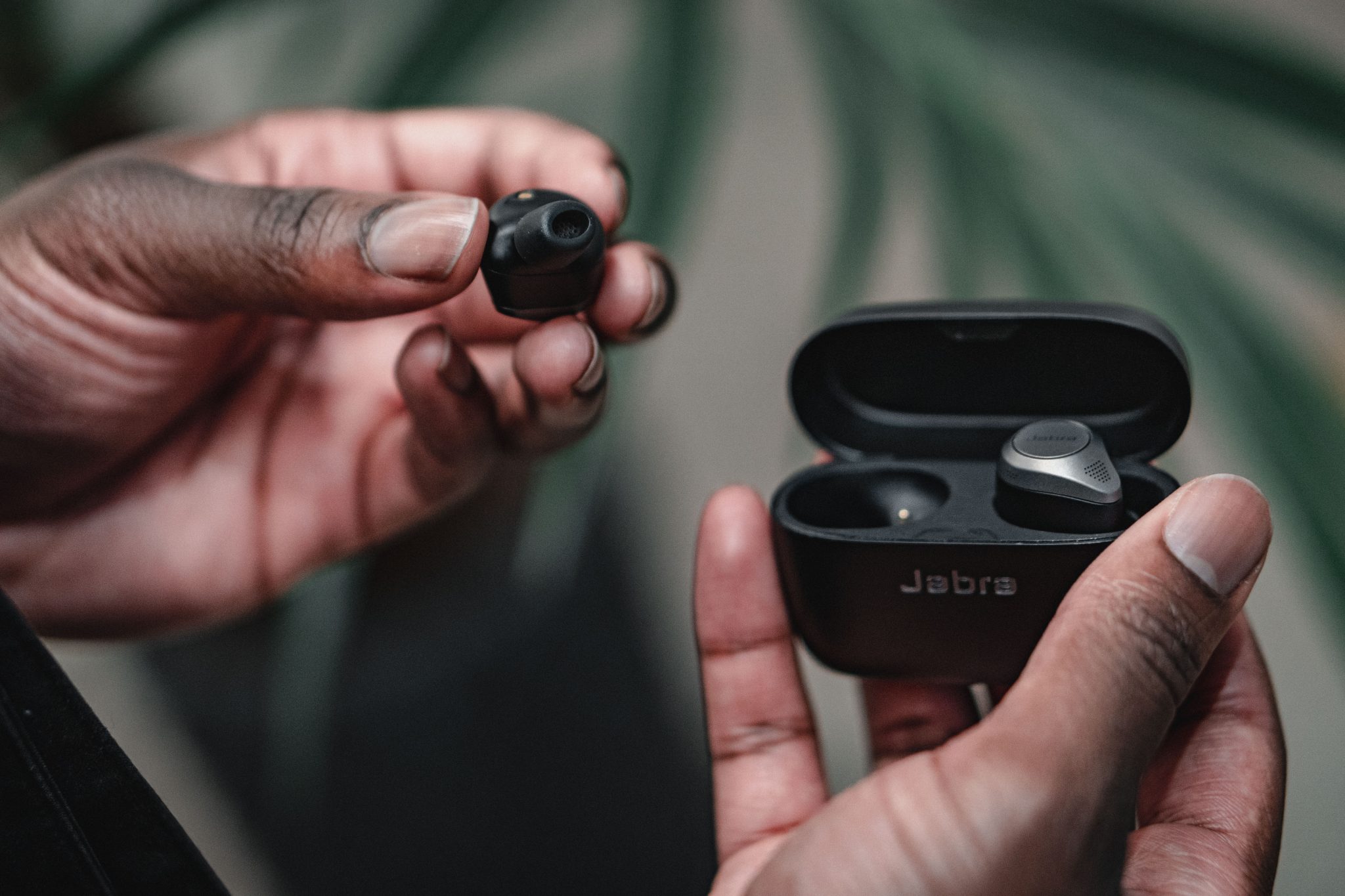 The “semi-open” oval tip design does take some getting used to, however. At first, it feels like the buds are going to fall out of your ear and should sit tighter, but after a while, you forget you have earbuds in your ears. Generally, Jabra Elite 85t are stable, they stay in your ears while you run or lift weights. 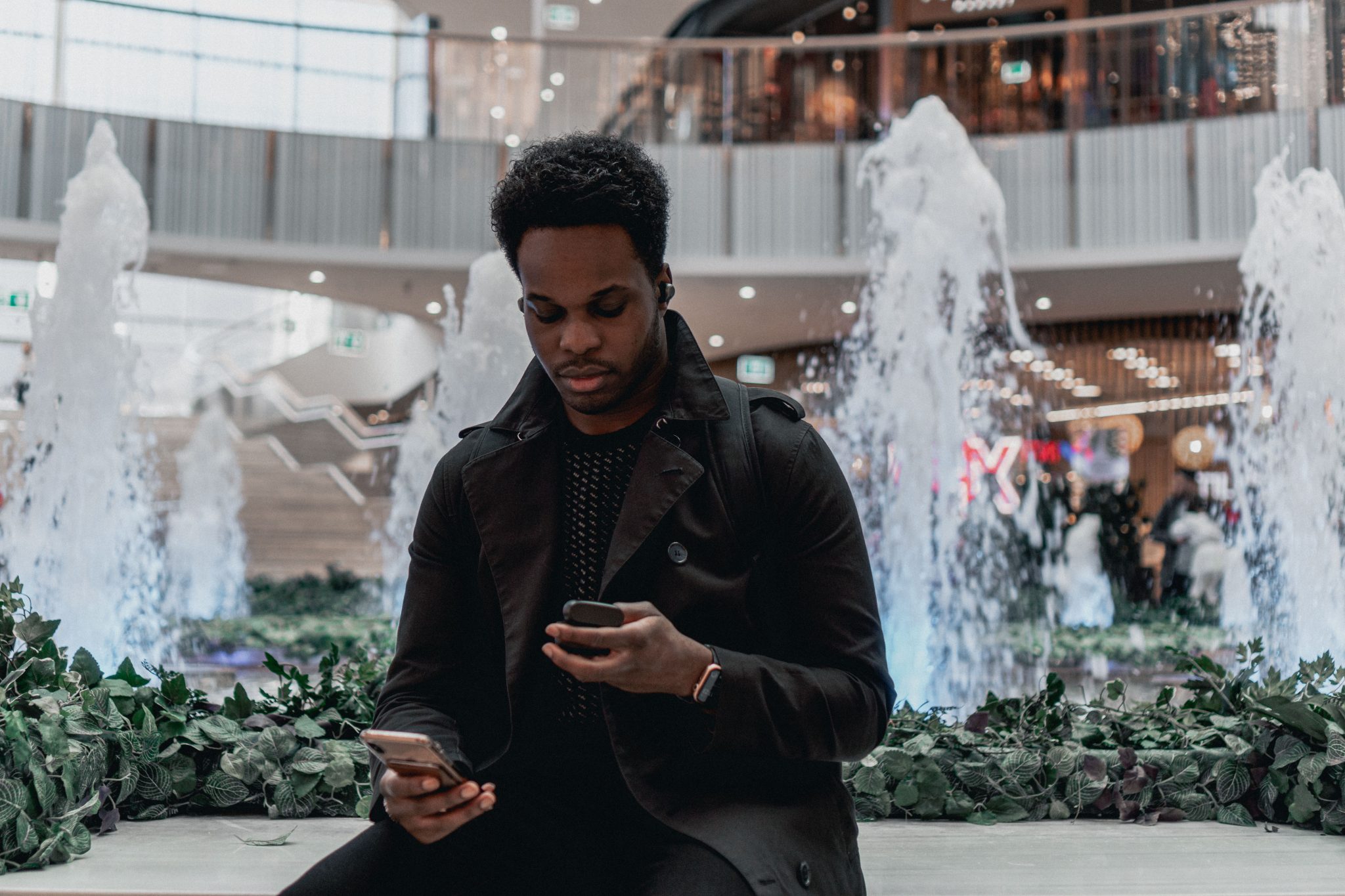 The sound quality on the 85t is rich, clear, and full. The quality on the 75t was a huge improvement over the 65t. If you read our 75t review, there wasn’t much to say about it in the sound department, no wow factor. But with this, there is. The overall sound profile is neutral and balanced, but with the new 12mm speakers, it adds a thump to bassy soundtracks. The larger output from the speaker provides better sound transmission. A wider path from the oval ear tip and sound that comes out of it to the ear. And you can hear that in the sound.

As you raise the volume, music sounds a lot more natural than its predecessor, and the addition of ANC benefits the sound of this Jabra Elite 85t.

And if you’re not satisfied with the sound you can always customize it to your liking using the graphic EQ and presets available in their companion app. One thing I love about Jabra earbuds is that they have excellent leakage performance. The 85t doesn’t leak a lot of sounds, so you can listen to audio at high volumes without bothering anyone around you compared to AirPods where a whole room can hear everything.

ANC on the Jabra Elite 85t 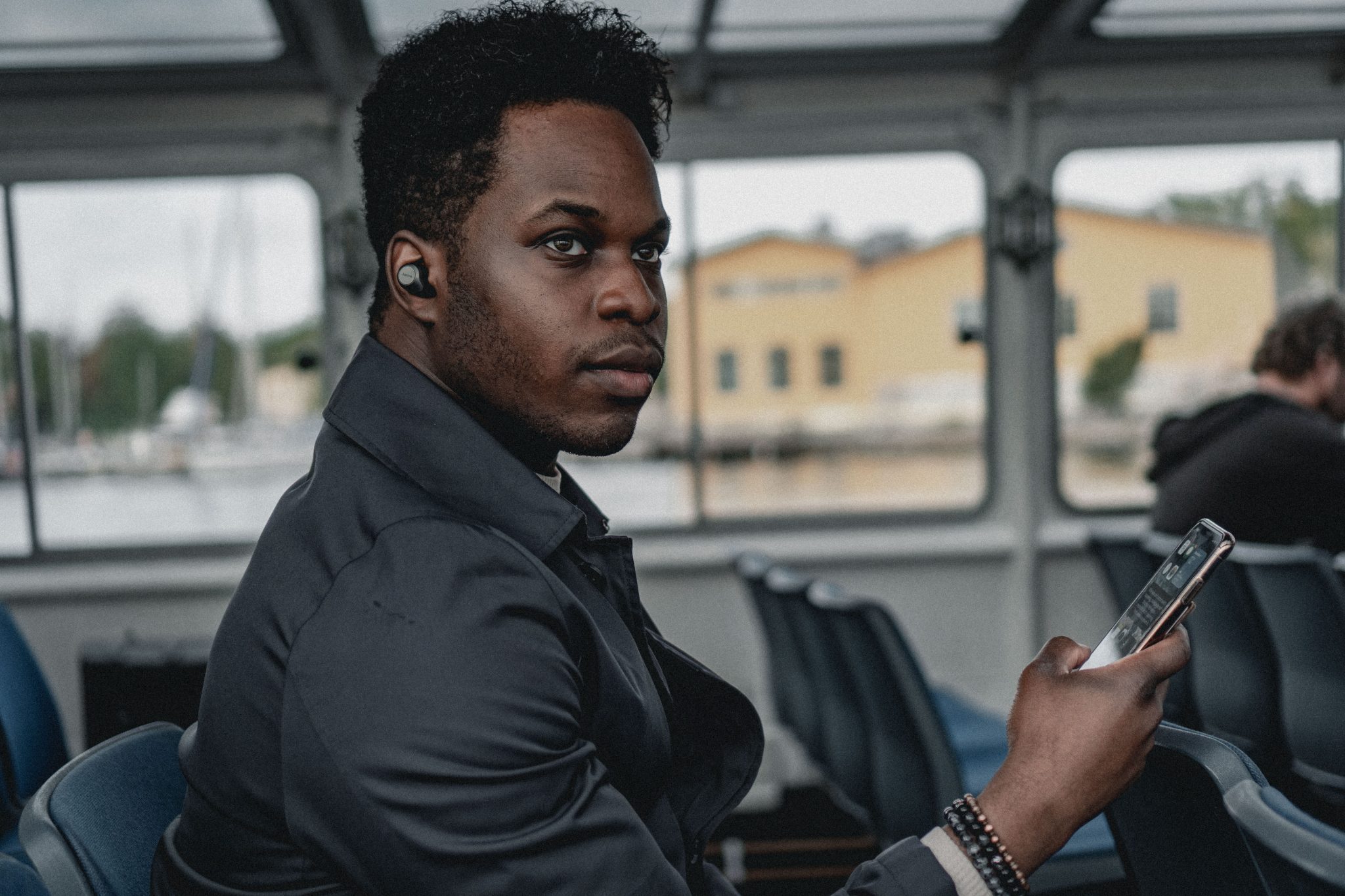 The ANC works really well. It blocks out higher-frequency noises typically found in an office but struggles to isolate against bass-heavy sounds like bus and plane engines. It gives you customization of how much sound allows in from the app, but I find myself Just isolating all sound as that’s what ANC is for.

There’s a downside though, you can be oblivious of the world around you and that could be everything from not hearing someone talking to you to or a car pulling out of a driveway and that’s why HearThrough exists which lets exterior noise through. I find it’s nice to rotate between the two when you’re out depending on where you are.

Feature-packed in and out 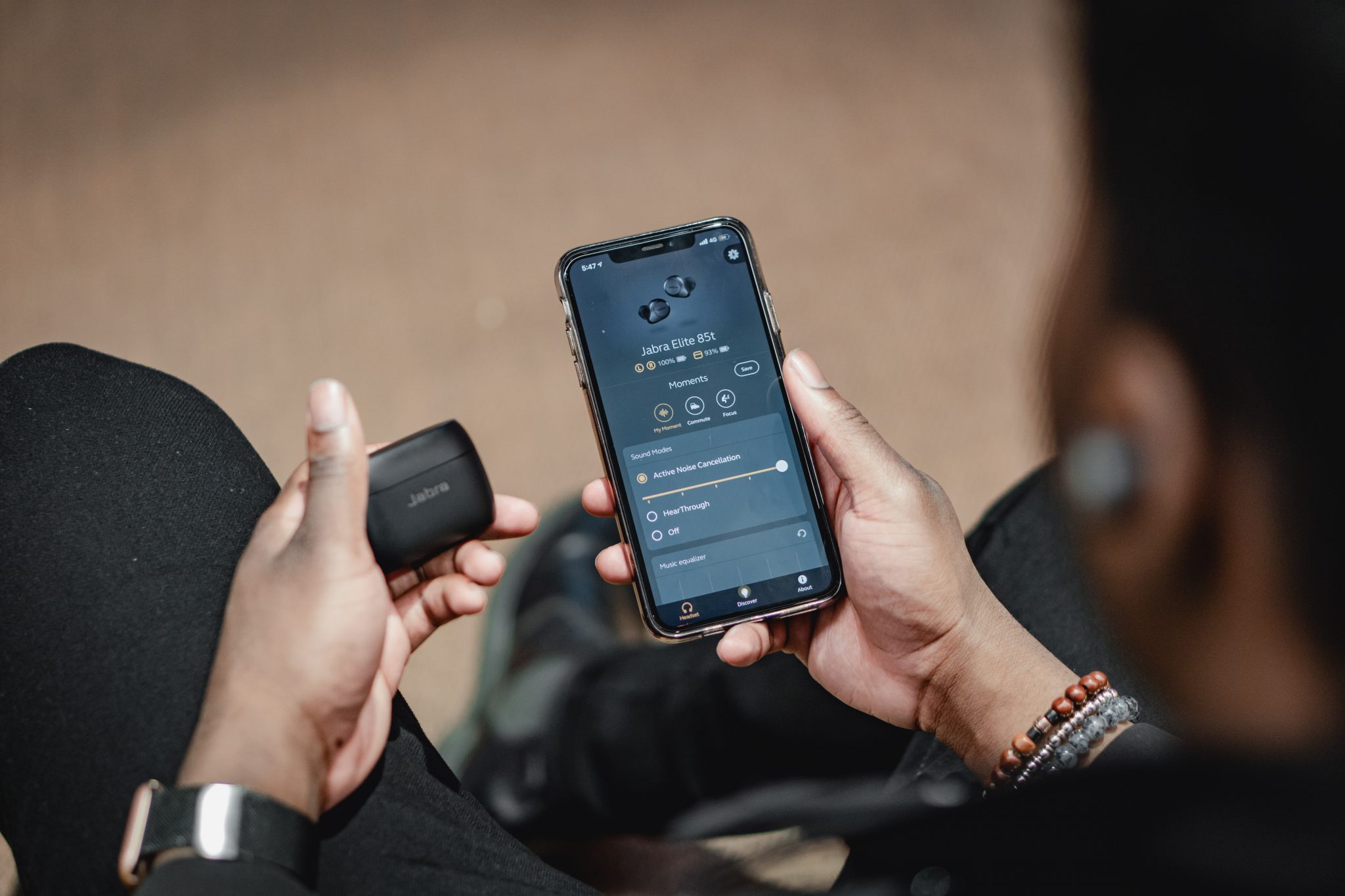 You can now charge the Jabra Elite 85t wirelessly. And that is a big plus. You have to charge the case a little more often compared to other earbuds. And then it is very important that you can easily charge.

These headphones have impressive controls. The touch-sensitive controls are very clicky and responsive, and there’s good audible feedback when you enter a command. You can tap once to answer a call, mute/unmute the mic when you’re in a call, or cycle between ANC and HearThrough when you aren’t in a call. Tap twice to end/reject a call. Press the right button to play/pause. Press and hold the right bud to raise the volume, and press and hold the left button to lower the volume. You can double-press the left bud to skip to the next track, and triple-press the left bud to go to the previous track.

This is what makes Jabra products truly wireless compared to other earbuds on the market where there’s a dependency on your smartphone and you can’t control everything from your earbuds.

One of my favourite features is being able to switch between listening to audio on my phone and laptop.

One more feature to note is MySound. Which allows your ears to be ‘measured’ on the basis of reactive beep tests. Basically an automated and personalized EQ.  The earbuds will then personalize the balance of the sound for you which is pretty cool. You then have this assurance you’re getting the best sound possible according to your hearing and you can tell. 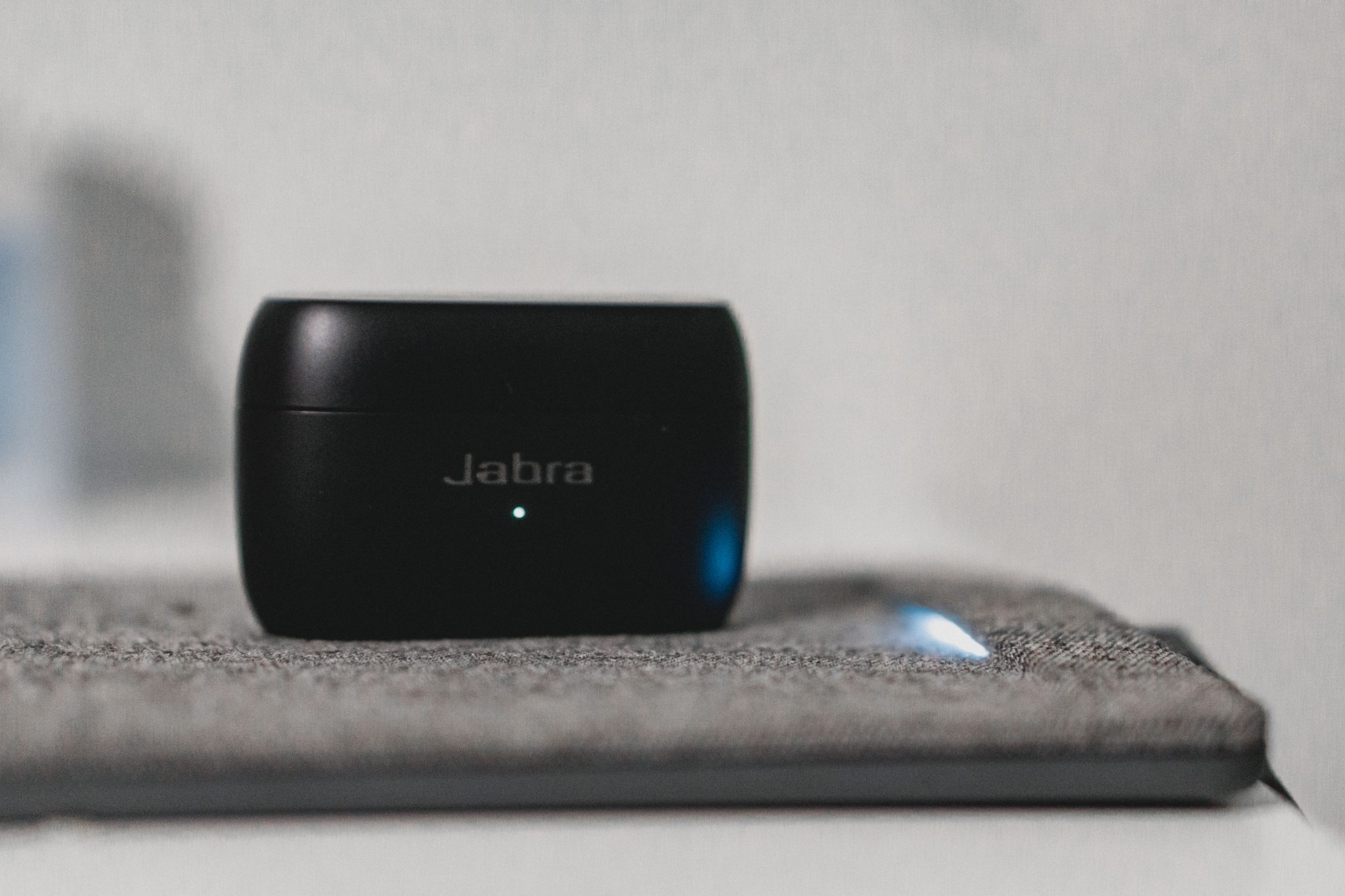 The Jabra Elite 85t has a decent battery performance although worse than its predecessor 75t. They only last 6.5 hours off of a single charge as opposed to the 7.5 hours of the Elite 75t.

It takes 3.5 hours to completely charge the case wirelessly, and just two hours and thirty minutes to charge it via USB-C. It also auto-off turns after 15 minutes without a Bluetooth connection, which helps conserve the battery. If they’re connected to a device over Bluetooth, they go into standby mode after 30 minutes of inactivity which can be adjusted in the app. 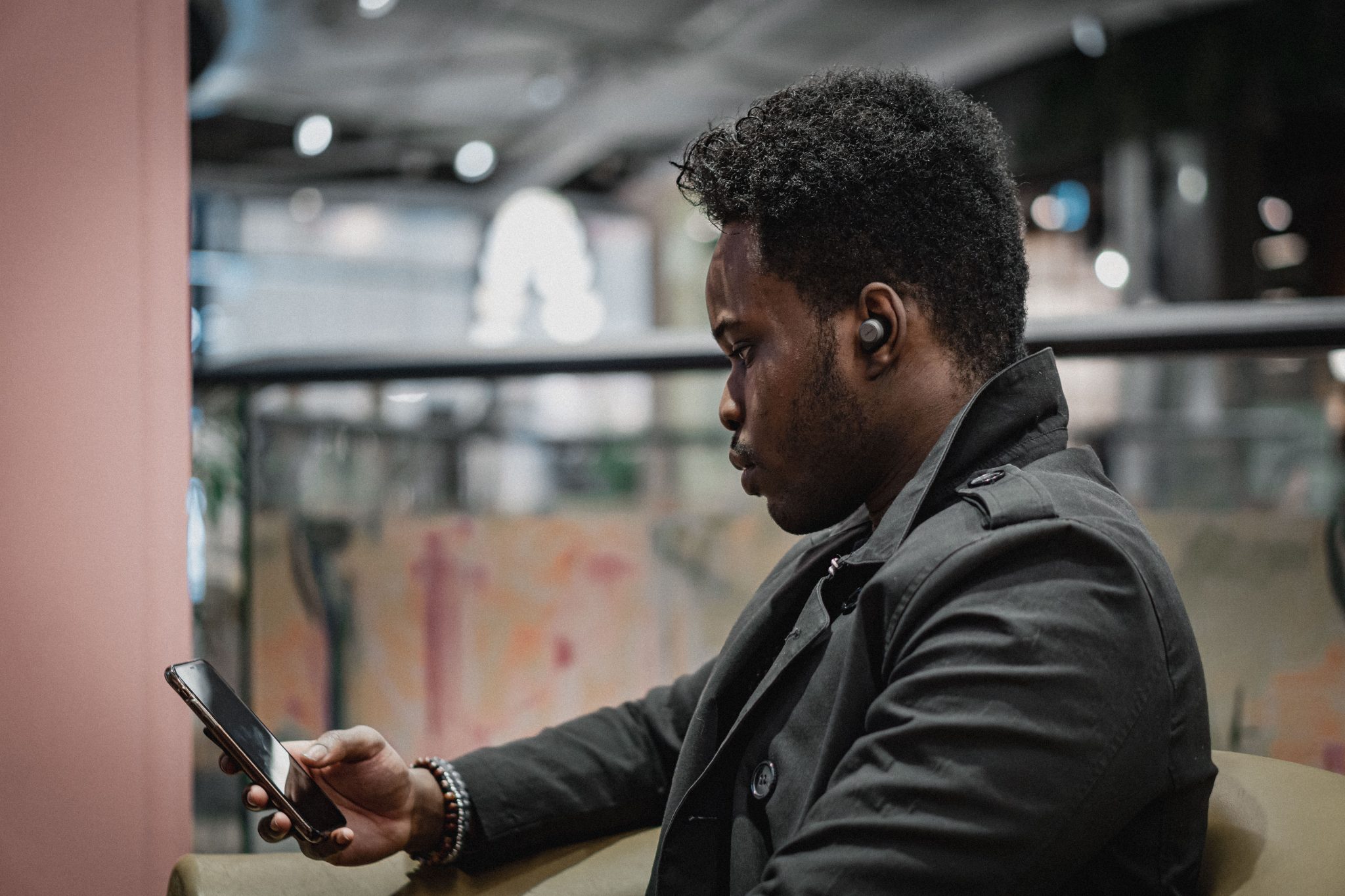 With an impressive 6 microphones, the 85t has decent recording quality. Your voice is clear and loud indoors in a quiet area. However, the moment you go to a busy outdoor or indoor area the microphones struggle to isolate your voice from background noise, even in moderately noisy environments. It makes it a struggle for someone who’s on a call with you. For the tech and features in the microphones like wind protection, I expected more.

But one thing I like is the earbuds let in some outside noise as soon as you switch to a call, to remove that sense of isolation and help things feel more natural. 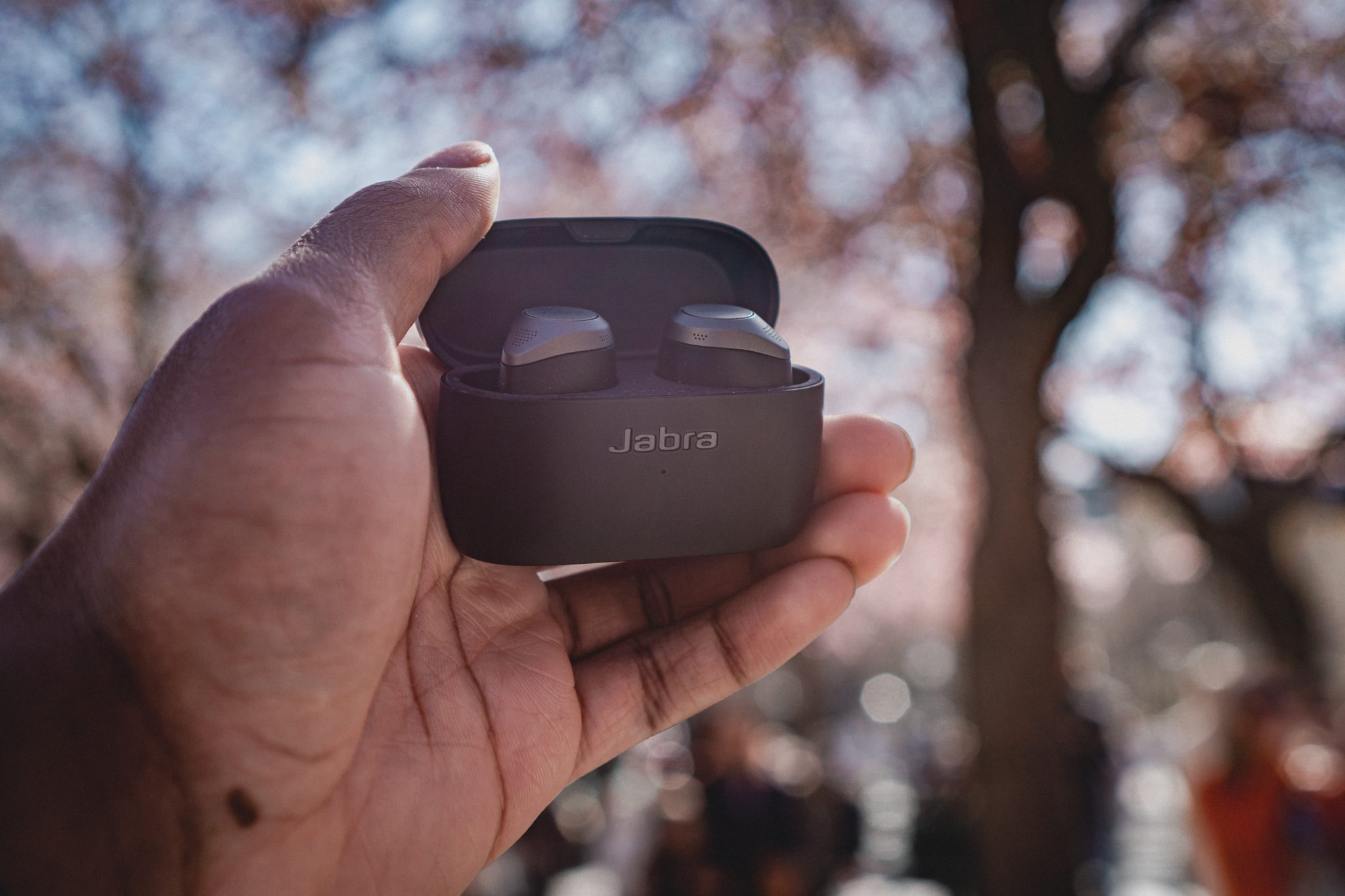 The Jabra Elite 85t is the ultimate refinement of the 75t. I would call it an incremental update from the 75t. Everything that matters in a wireless earbud and where the 75t performed decently has been greatly improved for an even better experience, features like sound, ANC, and comfort. While the Elite 75t active is still appealing with its lower price, smaller design, longer battery life, increased IP57 waterproofing and a firmware update to add ANC. It’s would be tempting to go for it, or keep it if you already have a 75t which is understandable.

But if you’re someone who wants Jabra’s latest and greatest, along with the best sound quality, hardware packed ANC, and a comfortable fit the Jabra Elite 85t is not one to overlook.

Where to buy: Amazon